A quarter of New Zealand horse owners have had their horses injured after being frightened by fireworks, a new Massey University survey has found.

The research comes as thousands of New Zealanders get set to light fireworks tonight for Guy Fawkes. 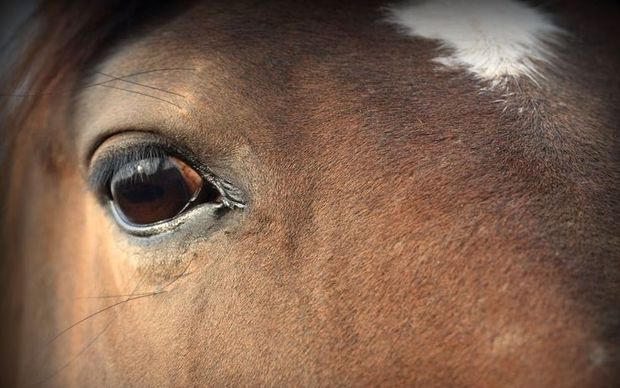 The online survey of just over 1100 participants , completed early this month, is still in the early stages of being analysed, however preliminary results showed 90 percent were against the sale of fireworks, with 79 percent reporting their horses became anxious or very anxious when fireworks were set off.

"Those that did report that their horses showed anxious behaviours reported - for example - running," said head of the study Gabriella Gronqvist, from Massey's Institute of Veterinary, Animal and Biomedical Sciences.

"A lot of owners described it as their horses running in a blind panic, also a lot of sweating, trembling, walking up and down the fenceline.

"[Others] reported that their horse had actually run through fences, whether they were solid fences, electric fences."

Almost 38 percent had horses break through fences to escape fireworks, the catalyst for most of the injuries reported.

"It seems to be mainly injuries resulting from going through fences or getting stuck trying to jump a fence, or trying to run through a fence or a gate. These can cause anything from lacerations to broken legs and deaths."

On Guy Fawkes night this year, more than half planned to move their horses to paddocks away from where fireworks were to be set off.

However, 48 percent of those who did this in the past said it had failed.

"There definitely seems to be a problem, or the equine community definitely seemed to voice their opinion quite strongly, that they're not a fan of the fireworks and they're really a problem.

"If fireworks weren't banned, I would really like to see a timeline of when fireworks can be let off or when the public can use fireworks."

She hoped to fully analyse the data and produce a scientific article in the next few months.

"We really need to investigate this further but also take a serious look at the regulations around the sale of fireworks.

"Obviously this is quite a hot topic at the moment and we really feel it's a topic that needs to be addressed once and for all."