After 20 years of conservation work the threat status of the Chatham petrel has been reduced in the latest so-called "red list" of international threatened species. 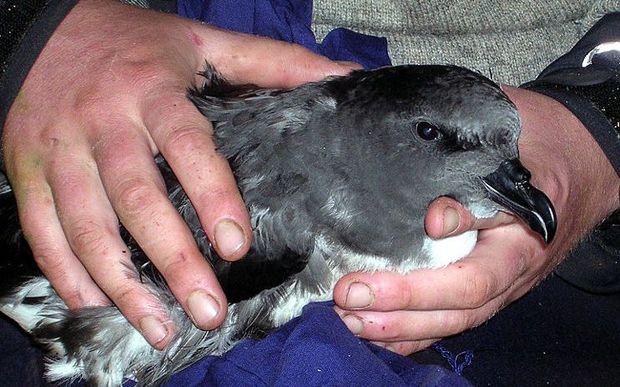 The bird shifted from endangered to vulnerable.

It breeds only in the Chatham Islands and competes for nest sites with the broad-billed prion, which led to the petrel's decline to about 600 birds in 1995.

Successful conservation efforts have involved the installation of burrow flaps to keep the prions out, and the relocation of petrels to two predator-free islands.

Colin Miskelly, curator of vertebrates at Te Papa, sits on the bird threat ranking panel in New Zealand and said the downgrade was a rewarding result.

"There's been a lot of research and investment that's gone into trying to turn around the severely threatened status of several Chatham Island bird species and this is one of the ones that's responded best to some really quite innovative management techniques."

In contrast the bar-tailed godwit - voted New Zealand bird of the year - had its threat status upgraded from "least concern" to "near threatened" as its population falls by two percent a year.

The bird - also known as the kuaka - was declared the winner of Forest and Bird's annual bird of the year contest.