A woman who fled violence in Iraq 23 years ago was told by the New Zealand Defence Force (NZDF) she couldn't enlist because of where she was born. 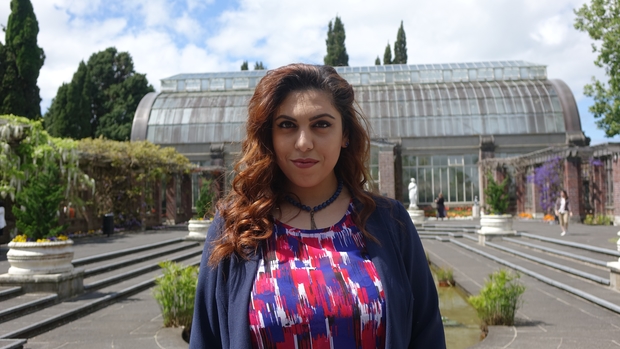 Warda Jawad applied for a job as an army psychologist but was told she couldn't pass her security clearance. Photo: RNZ / Mohamed Hassan

Warda Jawad applied for a job as an army psychologist, but was told she could not pass a security clearance despite being qualified for the role.

After pressing them for an explanation, the NZDF then said it would process her application but she has not heard anything since August.

Born in Basrah, Iraq, her family escaped the growing violence of the Gulf War in 1993. She was three years old at the time.

"When people try and describe the house that we lived in, the places we went to, even our neighbours... I have no memories of it," she said.

"I don't even have that many photos because it was during the war... so I've got nothing to remember it by.

"Basically all my childhood memories start from when I came to New Zealand."

The 25-year-old is now a masters student of psychology at Massey University, and works as a counsellor. She said she was driven by a desire to help people.

After hearing recruiters from the New Zealand Army talk about a career as a psychologist in the Defence Force, she decided it was the job for her.

"It really sparked my interest, so I went on their website and had a look at the criteria, and it was a master's degree, so I thought great!

"To my surprise, I got a response from them, and I got a phone call from the candidate co-ordinator saying... 'By the looks of it, and the papers you've done, it appears you're the right candidate for the job'."

The application process was lengthy, and for the next two months she underwent rigourous training with a personal fitness coach so she could meet the NZDF's fitness code.

She also paid for laser eye surgery because the Defence Force's medical requirements said she could not wear glasses or contacts.

At one point, the recruiter asked if she had been outside of New Zealand in the last 10 years, and she told them she spent 19 months studying medicine in Oman but returned when she felt homesick. She was told that might affect her application.

But the recruiter told her it was not good news. "She said, 'Hey look, the news isn't good, basically your application has been rejected, given your place of birth and being away for extended periods of time from New Zealand, you weren't able to pass a security clearance'."

Ms Jawad was devastated. "I hung up and I was really upset, and I burst into tears inside the car, and I called my mum," she said.

"She said 'do you want me to come pick you up', and I said 'no, I'll just have a little cry and then I'll come home'.

"My whole family knew how much I wanted the job. Every little update, I'd tell everyone about it."

She complained to the Human Rights Commission, which tried to set up a mediation meeting.

The NZDF refused to attend. It cited Section 25 of the Human Rights Act, which said a person can be denied employment based on their place of origin where national security is an issue.

An employment lawyer and principal at Chen Palmer, Anthony Russell, said there was a high threshold for how "security" was defined legally, and it included espionage, terrorism and subversion. However, there was no legal definition for national security.

Still, Mr Russell said, justification needed to be given for dismissing someone based on their ethnicity.

"You can't just have a blanket prohibition that says because you're born on Iraq, that therefore we don't refer you to a security clearance.

"The exception would have to be based on reasonable grounds."

The Labour Party has labelled the rejection as stupid and ill-informed.

Labour's defence spokesperson Phil Goff said there was no evidence to suggest Ms Jawad or her family presented a security risk.

And he said given the deployment of New Zealand troops in Iraq, her bi-lingual skills and cultural knowledge could have been put to very good use. 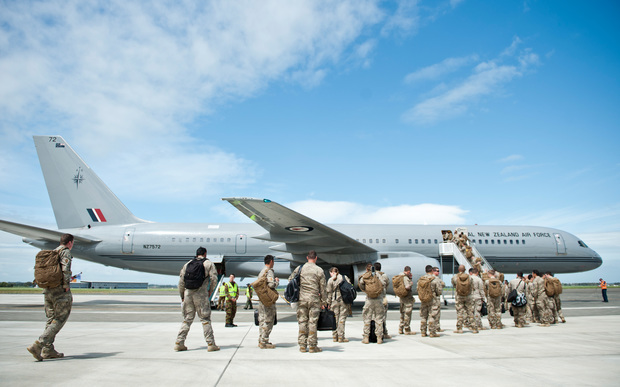 A few days after her rejection, Ms Jawad emailed the recruiter again, asking to see what the security review had said about her.

She was told a review was never done but that, upon reconsideration, it was decided she did meet the criteria and her application would proceed.

But that was in August. No-one had been in touch since, she said.

The New Zealand Defence Force refused to talk to RNZ, but sent the following statement.

"For the protection of New Zealand's national security, the New Zealand Defence Force (NZDF) must apply specific security standards in its consideration of all applications for employment, and the ability to achieve and maintain a security clearance is a mandatory requirement for all commissioned officers.

"All NZDF psychologists are commissioned officers, and although Warda Jawad was initially considered to be outside the NZDF eligibility criteria for the security clearance required to enter as a psychologist, this decision was subsequently reviewed."

The NZDF said contact would be made with Ms Jawad as soon as possible.

But Ms Jawad said, even if she was offered the job now, she would not take it.

"I think after all I've been through, I can only imagine how I would be treated by people who don't appreciate people from different cultures," she said.

"I just don't think I'd want to work for an organisation like that."

She felt she had been wronged, and said the experience had cast doubt on how she saw herself as a New Zealander.

"If you'd asked me 10 months ago, I would have said New Zealand is home, it's where my heart is.

"It's confusing for me, because this is the place where all my memories are... but recently I've been given the feeling that I don't belong, I feel in some way rejected."

She said it was a bad message to send the hundreds of Syrian and Iraqi refugees that New Zealand had recently accepted, many of whom were young children who would no doubt one day grow up and want to be involved in society.