Water and atmosphere science body NIWA said severe floods were becoming more intense, and were likely to be more frequent as the effects of climate change were felt.

It is testing a new model that uses rainfall measurements, changes in river levels and topographical maps to predict where and when extreme weather will hit.

Chief scientist for climate, atmosphere and hazards at NIWA Sam Dean said the model would be a vital tool to help councils to better cope with floods.

He said because of New Zealand's location relative to the sub-tropics, it was particularly exposed to the changes a warmer climate brought.

"As the atmosphere in the sub-tropics warms, it holds more water, gets sucked down and slams into New Zealand. It's one of the most robust responses of climate change."

Mr Dean said the unique topography of the country made it particularly susceptible.

"When it hits our mountains, when that comes across the ocean and we have our large mountains and in the North Island, our hills, then we get that extreme rainfall coming down."

The model creates a kind of simulated journey from rainfall, into the rivers and finally into people's houses.

It is currently being tested by the West Coast Regional Council, but other council's across the country will have access to the system once it is ready. 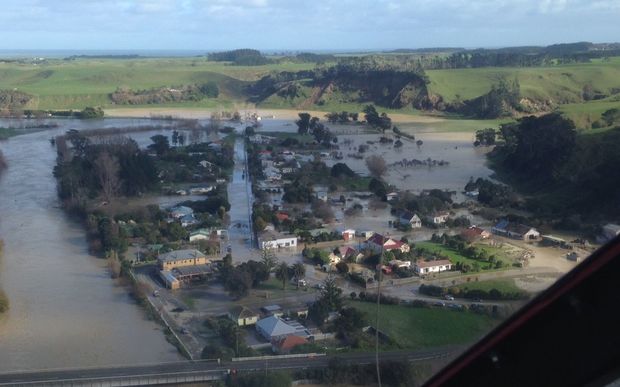 Mr Dean said the models were continuously fed with data gathered from the field.

"We believe we've made a bit of a breakthrough in terms of our weather forecasting capability. We now have this model that can forecast extreme events extremely well."

He said extreme floods were around 4-5 percent more severe already, and they would only get stronger and more intense in the future.