A union is calling on the government to crackdown on what it says is widespread worker exploitation in the labour hire market.

The FIRST Union formed its Logistics Workers Network about a month ago, and it said it was already hearing about many workers not being paid public holiday rates, or sick leave. 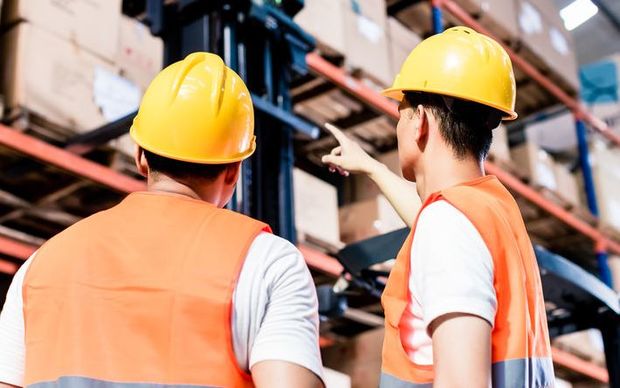 The network was set up as an anonymous group to help the union keep tabs on the industry.

Later this week the union will be taking its first labour hire company to the Employment Relations Authority and short of the government conducting a full-scale audit of the industry, it said it expected to take on many more cases.

Labour hire is common in the logistics industry (warehousing, packing and loading), and in general, labour hire companies rely on a casualised workforce and do not guarantee the hours of their workers.

Unionist Karl Andersen said casual labour was used by all sorts of companies, and there were plenty of workers on the books.

"It's tens-of-thousands [of workers] and I know of major employers who may well employ 200 permanent staff but may well have 200 agency temps on the site as well," he said.

Mr Andersen is FIRST Union's transport and logistics secretary, and he said the breaches of employment law permeated the labour hire industry.

He said the most common breach he was hearing about were public holiday rates and sick leave not being paid.

Companies in the industry said it did happen, but mostly among smaller, newer players.

"I would dispute that, I think some of the major companies have compliance issues," Mr Andersen said.

He said because the workers' job security was so poor, they were afraid to complain.

"Our experience is that they simply don't get offered work the next day if they complain or raise health and safety issues. Or in fact talk about joining the union," he said. "It's easy to sack someone who doesn't [technically] have a job."

John Harland is chair of the Recruitment and Consulting Services Association in New Zealand, he also runs a labour hire company that provides services in logistics and warehousing.

He said the breaches were happening, and he has made several complaints to the Labour Inspectorate so far this year.

"Ex-employees of these companies coming to us for work as casuals, and saying 'at our last company, we weren't paid our holiday pay' or 'we had deductions made from our wages for transportation'," he said.

Mr Harland said those operators were unscrupulous and impossible to compete with.

"They are creating a market advantage and undercutting the ethical labour hire companies, unfortunately," he said. "They're creating their profits through exploiting their workers.

"I think it's very deliberate, they are very aware of what they are doing."

Paul Mackay, employment relations policy manager at Business New Zealand said although he had not heard of the breaches, he was not surprised.

"In fact employers from time immemorial have either made mistakes, or occasionally deliberately flouted the system. There's a system for catching that -- the labour inspectorate does that," Mr Mackay said.

He said if any businesses suspected their hire-workers were not being correctly paid, they should report it.