Far-reaching changes are being advocated to the way land is made available for housing, in a bid to cut the rising cost of homes.

Government think-tank the Productivity Commission said the cost of building a home in Auckland could fall by up to 63 percent by unlocking land supply and with more efficient construction.

The final version of its Using Land for Housing report has made 70 recommendations to the government, with new detail today about how less-restrictive planning rules might work.

Commission chairperson Murray Sherwin argued a clear link between what he called an "inability to zone and service enough land" and rising prices.

"In Auckland, land is now five times more expensive than it was 20 years ago".

"The most important thing councils and government need to do is create a credible commitment to release and service more land," Mr Sherwin said.

One of the new ideas in the final version of the report is to use land prices as a possible trigger to require local authorities to release more land for housing.

It has dropped an earlier idea of a national urban development authority, after city councils argued they were already working on that approach.

Today's report suggested councils could have powers to compulsorily buy land if needed, and could operate under less restrictive planning rules.

The commission said wide-ranging heritage and character protections should be avoided, with more focus on how they might constrain new, higher density building. 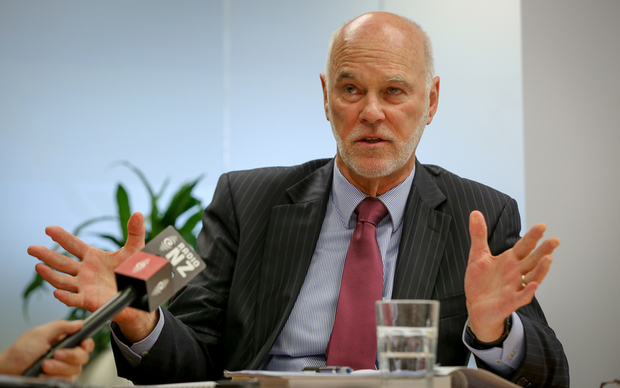 It retains a recommendation included in the June draft, that central government should pay local body rates for schools and other property, something from which it is exempt from at the moment.

In recommendations about Auckland, the commission said city water company Watercare should use levies on new properties to recover more of the true cost of infrastructure.

Watercare has said the $12,000 flat charge for new dwellings recovers only 66 percent of the cost of additional infrastructure.

The commission said it should recover the full amount, but vary the charge according to the type of dwelling, and the real cost of servicing different parts of the city.

Its view that more land supply could cut the cost of new home building in Auckland by up to 47 percent, is not shared by some in the building industry. One developer said the real gain could be near single figures.

Auckland deputy mayor Penny Hulse said boosting land supply had not lowered prices, and while the council wuold release more, it did not favour government intervention.