Police divers have been prevented from searching for the bodies of three fishermen missing off the Canterbury coast, due to a coastguard boat breaking down. 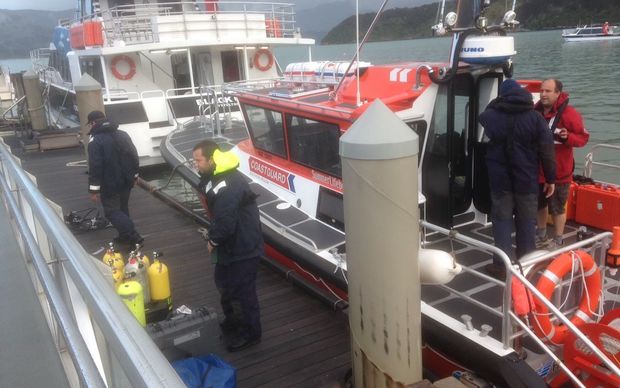 Seven-year-old fishing boat FV Jubilee went down early on Sunday morning and so far there has been no sign of her crew.

A distress signal sent about 4.30am - when the boat was 20 kilometres from the mouth of the Rakaia River - indicated the crew members were heading for the boat's life raft.

The raft was discovered by searchers yesterday but nobody was on board.

It is hoped the divers will confirm that a large object located about 40 metres below the surface close to the Jubilee's last known position is the wrecked boat.

But those heading for the site of the sinking today had to return to shore after a mechanical problem on the coastguard vessel, the Blue Arrow.

The police said there were no other boats available today and the window of opportunity provided by lighter winds was closing fast.

They said a decision would be made tomorrow on whether to resume the recovery effort.

Inspector Craig McKay said the forecast over the next three days was for strong winds and high seas, and a larger vessel may be needed to reach the vessel.

The head of the company that owns FV Jubilee, Andrew Stark, said earlier today he did not believe the weather was severe enough to be the main factor in the boat's sinking. 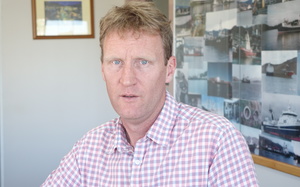 "The sea conditions were rough [but], without knowing what was going wrong with the vessel, we really can't speculate whether the sea was a cause or a contributing factor.

"Rough conditions are usual at sea, so we don't believe the weather was severe enough to be the main contributing factor. There must have been something involved prior to that which caused the vessel to sink."

Mr Stark told Morning Report all three crew members were New Zealanders living outside Christchurch and they all had families - and they were all experienced fishermen.

"They've been fishing for quite a long time, and have been with us for a reasonable amount of time as well."

Mr Stark said it was a difficult time and the sinking was still a mystery at this point.

"For it to sink so quickly, it is a mystery - it's just devastating and very challenging at the moment, we just don't know."

He said the vessel, which is 16 metres long and weighs 100 tonnes, was relatively new, having been launched in 2008.

Two accident investigators are looking into the circumstances surrounding the incident, and will talk to police and the company that operated the boat.

Transport Accident Investigation Commission chief executive Tim Burfoot said it was unusual for a seven-year-old fishing boat to sink in this way.

"Fortunately it's not common, which is why we're interested in it," he said.

"If we can find out why it went down then we can help prevent similar ones happening again in the future, that's the key to it."

Mr Burfoot said, since there were no survivors, being able to examine the boat would be crucial as the commission looked into what caused it to sink.