Ewen Macdonald is to be released on parole next month. 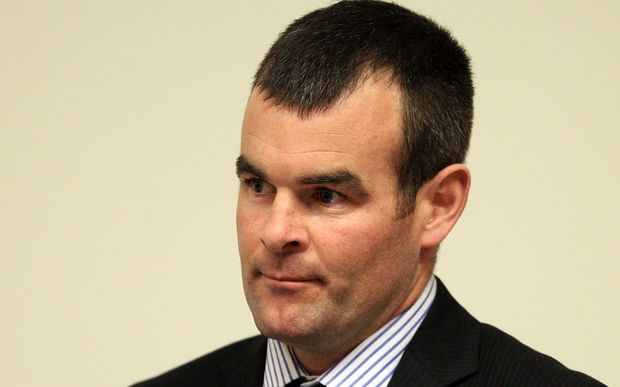 Ewen Macdonald will be released in November Photo: Getty/file

He must comply with a number of strict parole conditions surrounding his release, including not entering the North Island.

Macdonald was found not guilty of the 2010 murder of his brother-in-law Scott Guy, but was later jailed for five years for arson, vandalism and killing livestock.

He was denied parole last November when the Parole Board said he posed a clinically significant risk of reoffending, a decision which the board said came as a shock to Macdonald.

"It caused him to focus, as he had not done before, on the safety plan he developed with a psychologist some years ago, and to make a greater effort to understand personality traits and patterns of behaviour which increase his risk of offending.

"There is clear evidence that he has been endeavouring to change his behaviour, and to react to early warning signs that he is reverting to old behaviours.''

The board said Macdonald had sought other's views and had tried to reflect on the consequences of his actions on them.

"He has asked for advice, which previously he found difficult to do, and has practised letting things go, rather than holding grudges and ruminating about perceived wrongs.

"Importantly, he has also begun to share his feelings of frustration or sadness with others in prison and with members of his family. This increased openness has been confirmed by prison staff.''

The board said Macdonald had a strong group of supporters as well as family and friends who had always been there for him.

Macdonald has approved accommodation and employment, though details of where, and with whom, were not provided in the decision.

The board found that, given the changes which Macdonald had made and the strength of his release plan, it was satisfied that he would not pose an undue risk if released now, subject to stringent conditions.

Bryan Guy, Scott Guy's father, told Checkpoint he was not surprised MacDonald was given parole but only time would tell if he was a changed man.

"There is no trust from our point of view there. I mean, he betrayed the family with the things that he admitted doing," he said.

"We don't really dwell on that... The focus for us now is the children and grandchildren particularly."

He said the family has had no contact with MacDonald since he was arrested.

Those conditions include electronic monitoring, a prohibition on entering the North Island and a bar on possessing or using firearms.

The board declined to impose a ban on him having contact with animals, unless under the supervision of an adult, on the basis that it is too widely drawn and impossible to enforce.

On release, Macdonald will be required to attend psychological assessments and complete counselling treatment.

He has been in custody since April 2011 and, if his full sentence was served, his release date would have been 6 April 2016.

Macdonald was found not guilty of the 2010 murder of his brother-in-law, Scott Guy, but was later jailed for five years for arson, vandalism and killing livestock.