A charity that helps prisoners adjust to life outside jail says it is struggling to keep up with the increase in criminals being deported from Australia.

A prisoners' aid charity sometimes has only five minutes notice that a deported New Zealander is arriving at the airport. Photo: AAP

Australia has begun deporting anyone who has served more than a year in prison there, including New Zealanders who may have lived in Australia for most of their lives.

Pending deportation or appeal, they are held in immigration detention centres.

The Auckland branch of the charity Prisoners Aid and Rehabilitation receives government funding to help those leaving New Zealand prisons.

But its chief executive, Tui Ah Loo, said it was increasingly helping those deported from Australian jails.

She said they often had just five minutes notice that a former prisoner had landed at Auckland airport, and needed to leave immediately to pick them up. 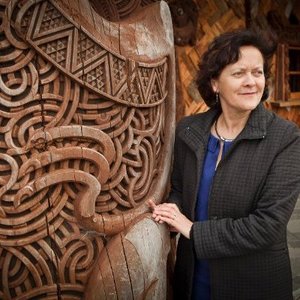 If it is late at night they put them up at a motel before beginning the work to start their life in New Zealand from scratch - helping them get a bank account, an IRD number, clothes and access to food parcels.

"And the amount of time, the intensity of the support they need has doubled. I just don't have the funding or capacity to continue to meet this demand."

She said they were relying on goodwill and using their own resources to help those returning from Australia.

"We are doing this because this is what we have always done and it is very hard to turn away someone looking for support."

'They're trying to paint us with the same brush'

Meanwhile, a New Zealander being detained in the Christmas Island detention centre awaiting possible deportation said the detainees were not being treated fairly.

The man, who wanted to be known as John, said he was in prison for fighting and other New Zealanders there were facing deportation for lesser offences.

"There are a lot of us in here for petty crimes and it's only because we have served a 12-month sentence that we're here.

"They're trying to just paint us with the same brush - whether people are paedophiles, murderers, rapists, we're all in the same category."

John said he wanted Prime Minister John Key to ask his counterpart, Malcolm Turnbull, why there was no differentiation, and why they were held for so long in the immigration centres.