A Harvard scientist says if New Zealand wants to find out what's killing its bees, it should try banning the pesticides known as neo-nicotinoids, and see what happens. 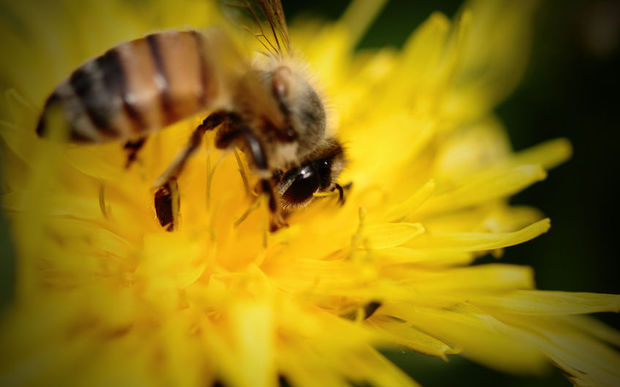 Professor Alex Lu, an associate professor at the Harvard School of Public Health in Boston, said the chemicals showed up in pollen samples he has tested from a New Zealand orchard.

Prof Lu, whose work has been controversial in the US, claims to have shown that sub-lethal exposure to them has been shown to cause the collapse of bee colonies.

Neo-nicotinoids are used widely in New Zealand on a variety of crops and because they are toxic to bees, the Environmental Protection Authority (EPA) said they could not be sprayed when hives are being placed in orchards or bees are foraging nearby.

But pesticide campaigners argued because the chemicals were systemic, they worked their way into plants' pollen and nectar and no amount of careful spraying could protect bees from that.

Prof Lu said this was correct.

His team analysed pollen from Massachusetts and samples sent by a colleague in New Zealand, including dandelion pollen from a kiwifruit orchard, as part of their ongoing investigations of the impact of neo-nictotinoids on bees and human health.

"We found a very high frequency of detections of neo-nicotinoids in the pollen. Unfortunately, the New Zealand samples contained higher concentrations than the Massachusetts samples," he said.

Prof Lu said chronic, sub-lethal exposure to neo-nicotinoids had been linked to colony collapse disorder around the world.

So the Harvard team set up an experiment to see if they could replicate that phenomenon.

Over the winter months, they fed 16 selected beehives with sugar syrup, containing enough insecticide to give each bee a minute dose per day of between one and two nanograms, or about the same amount they'd get from contaminated plants.

"Somehow, during the winter, or toward the end of winter, the neo-nicotinoid treated colonies died out, one after the other," he said.

"Their symptoms were consistent with those of colony collapse disorder. But the control colonies, the hives that weren't fed the treated syrup - they survived over winter, and went on to keep pollinating ."

Pesticide campaigners said regulators here and in New Zealand were ignoring studies like the Harvard one, and relying on the assurances of pesticide manufacturers that their products are safe.

Claire Bleakely of GE-Free New Zealand said her group was hoping theEPA might review the use of the new generation neo-nicotinoid, Sulfoxaflor after a US Court ruled it should never have been approved for use because of the risk to bees.

But she said the EPA had confirmed the group would have to pay $500 just to apply for a review.

"It shouldn't be up to a community group to have to pay the regulator to reconsider an application that was deficient in the first place," she said.

"You know, are we beng protected by our regulators?"

The New Zealand Beekeepers' Association challenged the approval of Sulfloxaflor, and succeeded in getting a strong warning put on the label in this country, saying that it is toxic to bees.

Mr McLeod, who did much of the research, said fruit and veggie growers now relied on the product, marketed here as Transform, to control white-fly and other pests.

"The evidence that was presented by DOW at the EPA was that once the spray has dried on the plant and been absorbed by the plant, it was safe for bees," he said.

"In the Beekeeper magazine (at the time), I expressed my concerns about that, give the systemic nature of the product. "

He said bees were up against a host of threats at the moment and New Zealand should be doing much more of its own science on their health.

Mr McLeod said beekeepers needed to discuss the US court decision on Sulfoxaflor before deciding if they should back the call to ban it in New Zealand.