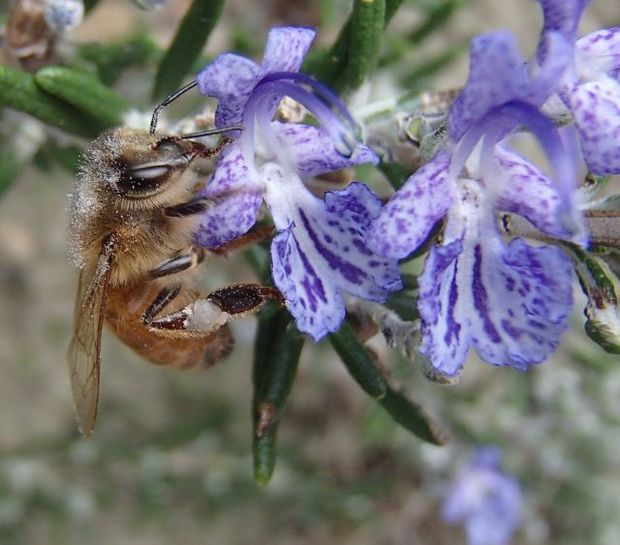 A honeybee forages for pollen on a rosemary flower. Photo: RNZ / Alison Ballance

Dr Meriel Watts said seeds treated with neo-nicotinoids took up the chemical and exuded it throughout their life in pollen and nectar.

But she said there was no requirement in New Zealand for companies to say what pesticide they have treated their seeds with.

Crop seeds like grass and maize were commonly treated with neo-nicotinoids - but so were some flower and vegetable seeds, Dr Watts said.

Broad beans and sunflower seeds were often treated and at present there was no way for the consumer to tell what pesticides had been used.

But the Environmental Protection Agency said the study made no conclusions about the likely impact of those trace residues on bees.

Dr Watts said she has lobbied the Ministry for Primary Industries without success to require the labelling of treated seeds.

The use of some neonicotinoids is restricted in Europe.