Researchers looking for a natural and indigenous replacement for 1080 say it is difficult to come up with a more effective pest-killer. 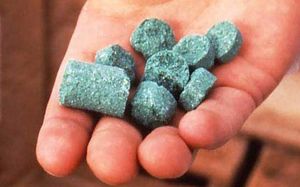 After an initial shortlist of six plants, a five-year programme focused on the toxin tutin, from the tutu plant, which is known to have poisoned people and killed livestock.

But the results have shown it is not as effective on rats as 1080.

Lincoln University consultant researcher Shaun Ogilvie ran the project which found some rats were more susceptible than others.

"The conclusion around the research was tutin for females shows a lot of promise. It kind of ticks all the boxes in terms of efficacy, humaneness and essentially how well it works for females, but not for males," he said.

"Roughly speaking, the females were twice as susceptible as the males, so there was quite a marked difference."

A lack of funding meant tutu's potential could not be further investigated for now, Mr Ogilvie said.