OPINION: In 2009, a man called Chris Brown assaulted his girlfriend Robyn F. It was a serious assault: he beat Robyn so seriously that she was left with visible injuries on her face, and she required hospital treatment. He was also alleged to have threatened her with "death and great bodily injury". 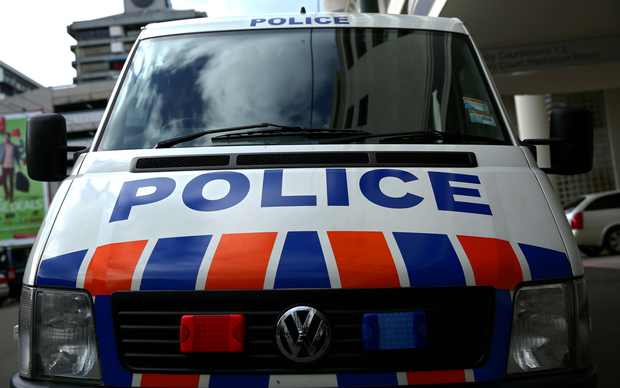 Deborah Russell: "Until we are open about domestic violence, all we're doing is conning ourselves." Photo: RNZ / Alexander Robertson

Brown handed himself in to police and was charged. Eventually, in a plea bargain, he was convicted of a charge of assault, and sentenced to 180 days in jail or the equivalent time in community service. He was also placed on probation for five years, and ordered to take a year-long domestic-violence counselling class. Brown apologised profusely for his behaviour, and asked to be allowed to move on.

It's an ordinary and dishearteningly familiar story about domestic violence. Man assaults woman, man gets comparatively light sentence, man gets to say sorry and move on. 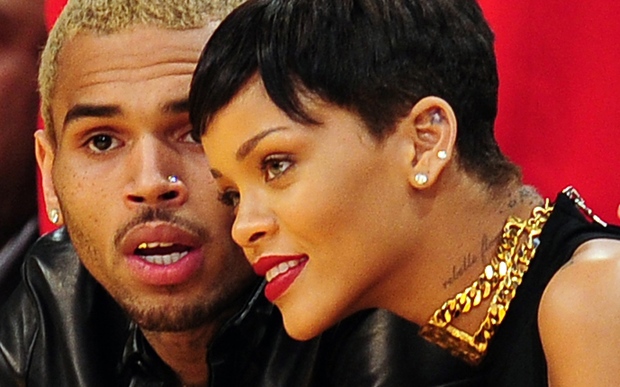 Chris Brown wants to come and sing in New Zealand. But there's a problem: immigration law allows us to ban him from entry to New Zealand. He has been banned from the UK, and that's sufficient grounds to ban him in New Zealand. He can apply for a special direction to be allowed into the country but, so far, he hasn't made the application. If he does, then it will be up to the Minister of Immigration to make the decision.

So why wouldn't we want him here?

First up, it's because domestic violence is a serious issue. Allowing this well-known perpetrator to come and sing here endorses his behaviour. We would in effect say that we don't care about his reputation and his past actions. More than than, it would be like the government saying that it's okay to beat up on your partner. That would run directly contrary to all the work that the government does to prevent domestic violence.

Second, Chris Brown is a role model. He may not see himself that way, regarding himself only as a singer who wants to ply his trade. The problem is that as a singer, he's given praise and adulation. People look up to him, and admire him. They regard him as someone they want to be like. So if he's violent towards women, then domestic violence must be okay.

Perhaps it's unfair to treat Chris Brown as a role model. Surely it should be possible to separate his personal life from his professional life, and to admire him for one while condemning the other.

Except that's not the way that fame works anymore. Whether they like it or not, famous people are looked up to. Actors, musicians, rugby players, netballers, reality TV stars - no matter that they are famed for their work, they are also then taken to be role models whose behaviour should be emulated. It may be unfair, but it's also the reality of the modern world, where personalities are packaged and sold. Buying Chris Brown's music means, to some extent, accepting his reputation as a perpetrator of domestic violence. 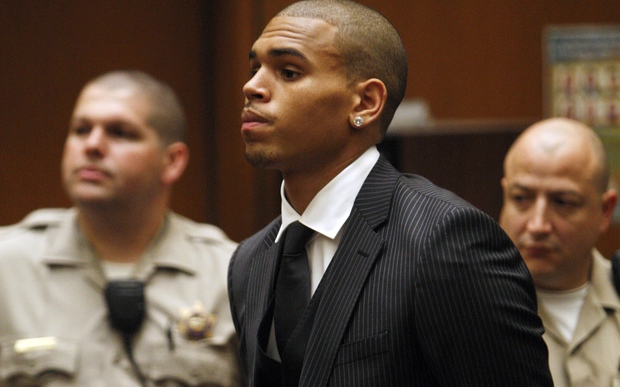 A photo taken on 25 August 2009 shows Chris Brown, centre, in the Los Angeles Superior Court during his sentencing for assault against Rihanna. Photo: AFP

Third, there's the message that allowing Chris Brown in sends to other women who have been assaulted. It says that, as long as the man is rich or powerful or famous enough, then his misdeeds will be forgiven, and he can go ahead with his life as though nothing had happened. It says it's okay to behave like this, and that women should just accept being beaten up as part of being a woman.

The messages that would be sent if Chris Brown is allowed into this country to perform at a concert are all wrong.

And, if we don't let him in, then we can all pat ourselves on the back for taking a hard line on domestic violence. We'll have done the right thing, and we can all be proud of that.

We know who Chris Brown is. We know what he did, and to whom. We know that he has been held responsible for it. And we know that he is genuinely suffering the consequence of his career being (somewhat) curtailed by his conviction for violence. His reputation has been thoroughly ruined by his actions.

But here in New Zealand, we routinely allow rich and famous men who have perpetrated violence to keep their names very quiet. We know that recently, a famous man associated with rugby union was convicted of an assault on a woman, but we don't know who he is. This is just one of numerous examples.

There is a lot of finger pointing going on with respect to Chris Brown, and rightly so. But, at the same time, when the law allows rich and famous and well-connected people in New Zealand to keep their names quiet, we send the same messages about violence.

We should be looking long and hard at ourselves. Keeping Chris Brown out of the country might help us to feel good about our tough stance on domestic violence but, really, it's just a cover-up. Until we are open about domestic violence, all we're doing is conning ourselves.

* Deborah Russell is a lecturer at Massey University and a feminist commentator.