Fans of singer Chris Brown are entitled to ask for their money back if his show is cancelled over visa issues, says Consumer New Zealand.

The US artist was convicted in 2009 of assaulting and threatening to kill his then girlfriend, Rihanna. 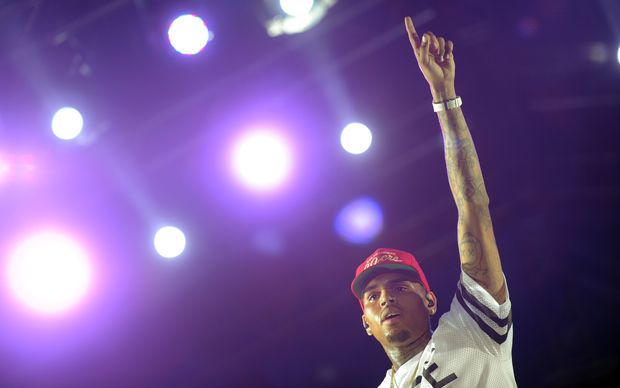 That conviction is now casting doubt about whether the singer's One Hell of a Nite Tour will take place. Australia has taken a step toward blocking Brown entering the country by giving a formal notice that it intends to consider refusing giving him a visa. He has 28 days to present material as to why he should be given a visa to enter Australia.

Tickets for his Auckland concert in December went on sale today.

A spokeswoman for Immigration Minister Michael Woodhouse said developments in Australia were unlikely to affect Brown's bid to get a visa for New Zealand.

But a person is not eligible to get a New Zealand visa if they've been excluded from another country, unless they get a special dispensation. Immigration New Zealand said today Brown had still has not submitted an application to travel to New Zealand.

Consumer New Zealand chief executive Sue Chetwin said the show's promoters should have signalled that the show might be cancelled.

"You could argue, I suppose, that under consumer law that the promoters aren't necessarily showing the necessary care and skill if they are going to promote a concert like this, not knowing whether the artist will actually be able to appear or not," she said.

@kimbakerwilson As far as we are aware, the show is going ahead, and will sell tickets for this show unless told otherwise by the Promoter.

Meanwhile, politicians from both sides of the house have made it clear they won't be rolling out the welcome mat for Brown.

National MP Judith Collins said there were "enough wife-beaters in this country and we don't need any more."

"[Domestic violence] is the biggest form of violence that the police have to deal with. It's one of the worst forms of violence that people have to endure and it would be contrary to the messaging that we're trying to get out as a government but also as a people."

If people wanted to listen to Brown's music they could buy it online, she said.

Labour's spokesperson for Immigration and for Women's Affairs, Sue Moroney, said the performer should be denied entry into New Zealand.

"I do think he should be stopped. New Zealand needs to take a really strong stand on issues of domestic violence.

"When Mike Tyson was blocked from coming here on supposedly a motivational tour, no-one in the country suffered from not hearing his motivational words.

"And I don't think it would be any different with Chris Brown," Ms Moroney said.

The singer performed in two shows in New Zealand in 2008. The following year he was convicted of assault and threatening to kill, and sentenced to five years probation. Brown has previously been banned from the United Kingdom and Canada. 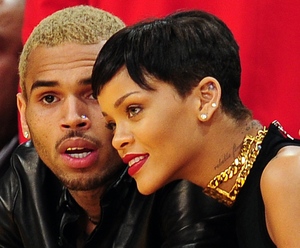 Rihanna and Brown attending a basketball game in Los Angeles in 2012. Photo: AFP

Ticketmaster New Zealand said ticket sales still have the green light. "As far as we are aware, the show is going ahead, and will sell tickets for this show unless told otherwise by the promoter," the agency told Radio New Zealand.