A few clumsy amateurs are giving the entire industry a bad name, a drone operator says.

The pilot of an Air New Zealand plane reported a near-collision with a drone at an altitude of 1800 metres Friday, but the Civil Aviation Authority is rejecting a call from the pilots' union for tighter regulation. 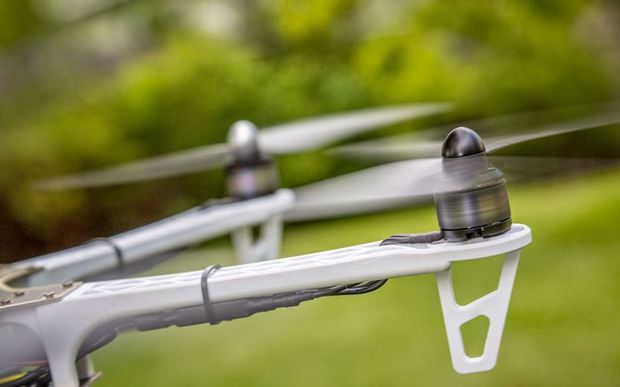 Tim Whittaker, a professional drone operator, said none of his peers would be stupid enough to risk losing their certification by flying a drone so high.

He said recent changes to the regulation should make a clearer distinction between amateur and professional operators, and even 400 feet - the highest altitude permitted - was too high for an amateur to be flying a drone.

"Four hundred feet to me is still an issue, for a dad and son team, going out for a fly with their little toy, I don't believe they can judge 400 feet or 500 feet."

He said 500 feet was where helicopters and fixed wing are legally allowed to fly. "So that is too close for me."

"I think amateurs should be sealed down to 200 feet. That is about as far as you can visually control your aircraft anyway, and let the professionals go a little bit higher."

The Airline Pilots' Association has blamed loose rules for the reported near miss on Friday, but CAA said that was unfounded.

CAA director Graeme Harris said; "We appreciate that NZALPA has a view, but it totally ignores the activity that is taking place in RPAS education and regulation".

Mr Harris said it had been illegal to fly drones or model aircraft above 400 feet since 1997; and the law was quite blatantly broken high above Kaiapoi on Friday evening.

He said other rules on drones, which came into effect at the start of August, were fit for purpose, taking safety into account while not being too restrictive.

The pilots want mandatory identification markings on drones, and also want them fitted with sensors to help them avoid collisions.