Authorities are investigating how a drone came close to hitting an Air New Zealand airliner above Kaiapoi, near Christchurch, yesterday evening.

The Air New Zealand plane (not pictured) was flying from Christchurch to Auckland, with 166 passengers on board. Photo: RNZ / Alexander Robertson

The plane was carrying 166 passengers at the time and was 6000 feet above the ground.

It was climbing out of Christchurch en route to Auckland.

It said the incident was particularly concerning as the drone was being operated above the clouds, and therefore an operator on the ground would not have been able to see it.

By law, drone operators must maintain a clear view of their aircraft at all times.

Air New Zealand said the plane did not need to take evasive action to avoid the drone, but its chief flight operations and safety officer said the company was disturbed by what it described as an emerging trend of reckless drone use.

Captain David Morgan said the airline would support any moves to ensure drone operations did not compromise the integrity of airline operations.

He said Air New Zealand's customers and staff were put at risk by the drone.

"This was reckless behaviour by the drone operator, who has so far not had the courage to come forward and address their behaviour with authorities," Captain Morgan said. 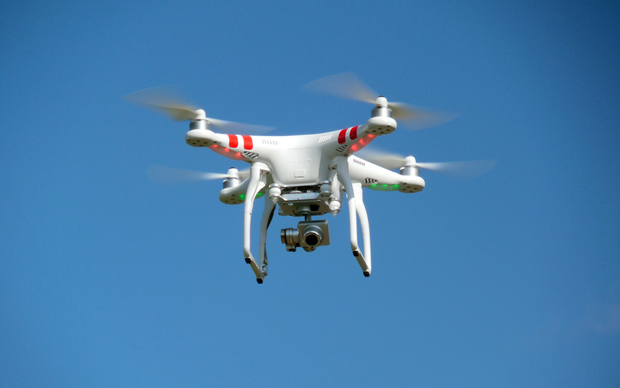 New rules to govern drone use in New Zealand were introduced this year. Photo: SUPPLIED / Pixabay

CAA director Graeme Harris said the incident was a near miss, and raised significant safety concerns.

He urged anyone knowing anything about the operation of a drone in the Kaiapoi area yesterday evening to come forward.

The drone was clearly acting unlawfully, he said.

"We are very concerned that [a drone] pilot appears to have allowed their aircraft to fly in such close proximity to a passenger aircraft. The [drone] should not have been anywhere near the jet. It simply shouldn't have been in that airspace." Mr Harris said.

"We don't want a repeat of this incident and want to make sure there is a clear understanding of both the risks and the benefits of flying [drones] in New Zealand skies.

"We have to assume that this [drone] pilot was unaware of the rules regarding flying unmanned aircraft. While [drone] technology is advancing quickly and offers some very significant benefits to a range of industries it can pose a threat to conventional aviation activities, and this must be carefully managed."

The government recently introduced new civil aviation rules to enable sensible use of the technology while protecting third parties on the ground and in the air.

He was confident the new regulatory regime for drones was fit for purpose and able to deal with the situation.

Police and CAA investigators were both investigating the incident.