New research shows obese mothers might be damaging their children's brains while they're still in the womb, affecting the way their bodies regulate hunger.

It could help explain why the children of obese mothers are more likely to be obese themselves.

This comes at a time when public health advocates are warning that New Zealand is on track to become the fattest country in the world within five years.

Associate Professor Christine Jasoni leads a research team at the University of Otago studying the impact of obesity on brain development in foetuses.

The research involves feeding one group of mice a high fat diet throughout pregnancy, while a control group is fed a normal diet. Ms Jasoni said the mice were genetically identical to ensure the outcomes are consistent. 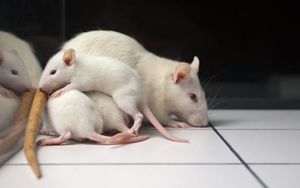 "We've known from public health studies that actually look at humans, that there's an association between a mother's body weight - particularly obesity - and the likelihood that her children will also get obesity and the metabolic syndrome," she said. "What we've been trying to do is work out exactly how that happens."

"We've found evidence that suggests the blood-brain barrier - that barrier that separates compounds in your blood from getting access to your brain - we've found there appear to be some changes to the way that forms in the foetuses who develop in obese mums," she said.

As a result, she said, the blood-brain barrier was letting in chemicals similar to those released by a hungry body.

"That might very well be a mechanism that can explain a little bit more about the obesity risk in the offspring later in life."

She said when the blood-brain barrier is malformed, as it appears to be in these mice, then things that would not ordinarily have access to the brain are able to.

"And that can confuse the brain, it might actually even damage it, we don't know." 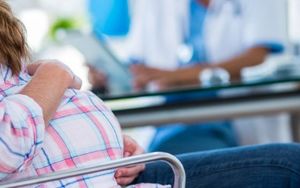 If those changes were permanent, Ms Jasoni said it could help explain why so few obese people are able to lose weight permanently.

Ms Jasoni said the team would now look further out to understand the longer-term effects on the brain and the body.