The Nelson man who kicked off the campaign for the 'Red Peak' flag admits getting the design added to the shortlist is a long shot, but says Kiwis need more choice. 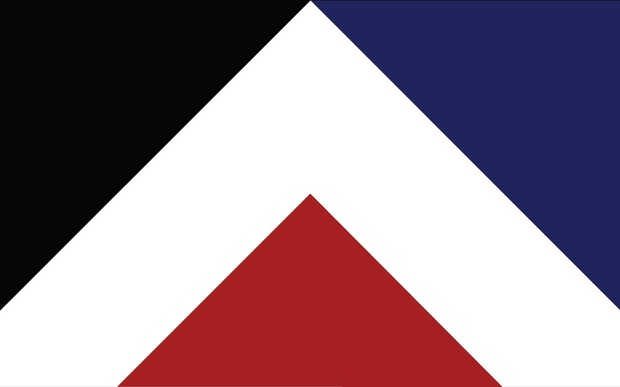 A shortlist of four possible flags was released last week, but a fifth design by Aaron Dustin from Wellington, featuring triangles of red, white, black and blue, has proved popular on social media.

A Facebook page has been set up for the Red Peak design and the flag has also been trending on Twitter.

In an open letter to the Prime Minister, published on his blog last week, Nelson based venture capitalist Rowan Simpson said he was "saddened and disappointed" to see the final four designs on the shortlist.

Speaking to Morning Report today, Mr Simpson said he did not set out to start a movement, but he was so underwhelmed by the new designs he had to do something.

He said the Red Peak flag was a "considered and elegant" design that deserved to make the shortlist.

"The important thing is the story that people attach to these things, and this design has a really great story underlining it, and lots of people have latched onto that in the past few days."

The flag incorporates New Zealand's mountainous geography, the fact that New Zealand is one of the first countries to see the dawn and the Maori myth of Ranguinui and Papatuanuku.

Late last week a spokesperson for the Flag Consideration Panel said it had made the decision on which designs would be part of the referendum, and the four designs had been approved by the Cabinet.

Mr Simpson admitted that getting the design added to the short list was a "really long shot", but that there needed to be more choices available.

"It's almost been pre-determined that it's going to be a fern with stars."

While he had initially supported changing the flag, with the current options he would argue for keeping the current flag and trying again in another couple of years.