The Government has admitted more foreign sailors without work visas have been allowed to operate in New Zealand waters. 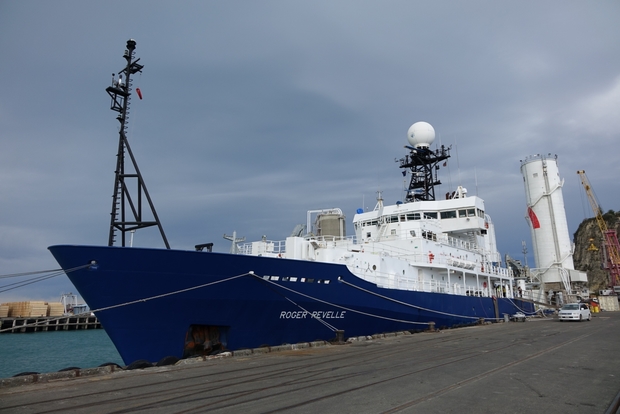 In July, Radio New Zealand revealed seafarers aboard a Philippine ship were earlier this year allowed to work at Port Taranaki without the correct paperwork.

The Merchant Service Guild, which represents workers in seagoing ships, said the problem was getting worse.

It said workers on the US-flagged Roger Revelle, which has just wrapped up oceanographic research off the North Island's east coast, did not have work visas.

The guild said visas for sailors on the Dutch dredger Brage R, which has been in the country for several weeks, were only granted at the end of last week.

Master mariner Kevin Judkins, who has more than 35 years of experience in the oil and gas industry, said things were getting slack.

"It's something that's become more predominant over the past couple of years," he said.

"The foreign companies are stretching the limits of credibility with their presentations to Immigration New Zealand, who are taking them at face value."

Immigration New Zealand's rules state the crew of any foreign ship operating off the country's coastline must have work visas.

But in a statement, it defended the lack of work visas.

"INZ can confirm that a senior crew member of the Brage R arrived in New Zealand without the appropriate work visa. He was issued a visitor visa while his application for a work visa was being processed and has now been issued with a one-year work visa," it said.

"In terms of the Roger Revelle, INZ considered that the crew did not need work visas and the nature and scope of their work meant they only needed visitor visas."

"They seem to be very helpful to foreign corporations, and not to New Zealand workers, which is strange because a Government organisation should be the other way around," he said.

Kevin Judkins said local sailors were not getting a look-in.

"I've got four of my contacts who are currently unemployed... I have just this week registered as unemployed purely to show that there are New Zealanders like myself who can do this type of work," he said.

Immigration New Zealand said some of the work done by foreigners was "specialist", and companies did not have to find locals for the jobs.

It admitted visa rules were "complex".

"Immigration New Zealand has recently updated its advice to provide clarity to staff and external stakeholders."