Foreign workers on a Philippine ship were allowed to work in Port Taranaki without the correct paperwork, leaked emails have revealed.

The information, obtained by Radio New Zealand, showed in June, Immigration New Zealand discovered the Geo Resolution's 40-strong crew did not have the right visas.

The emails also revealed Immigration New Zealand admitted the blunder, but would not punish the local agent responsible for the booking. 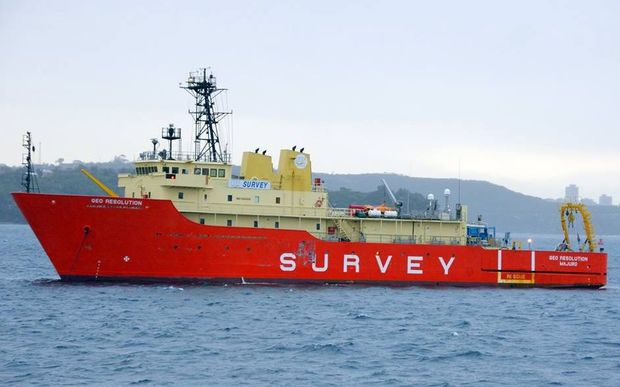 The vessel was in Port Taranaki for a month doing surveying work for a new trans-Tasman cable.

In the emails Immigration New Zealand blamed the blunder on ''miscommunication'', and the vessel's local agent, McKay Shipping, for not knowing its responsibilities.

"As the vessel is now departing [to a foreign port], we are going to consider the unfortunate matter a learning experience for all," said an official.

"Miscommunication isn't very justifiable and they haven't taken any disciplinary action, but that doesn't discourage McKay or anyone else," he said.

Immigration New Zealand would not comment yesterday, and McKay Shipping did not respond to messages.

Captain Petrie said there were sailors who relied on short term work to make ends meet.

The Maritime Law Association's New Zealand secretary Peter Dawson said the foreign crew would not have been paid much.

"I suspect that there was a saving on the part of the owner for not having to use New Zealand crew," he said.

"That, to my mind, is unacceptable and suggests that the Government would have lost out on any revenue that would have resulted from taxation on the crew's salaries."

He said he was surprised the vessel was able to slip past our regulations.

"It seems to me to be an omission on the part of the agent or Immigration New Zealand or both, but in my experience it's the agent who typically deals with this and would anticipate this in advance," he said.

He said breaches like this were not common, but the Merchant Service Guild disagreed.

Captain Petrie said the union was investigating three other possible breaches at the moment.

"It's continuously ongoing in the fishing industry, there's also the example at the moment of a ship coming to Tauranga for dredging work and we're struggling to get any confirmation of work for New Zealanders on that ship," he said.

"It's becoming a regular thing that companies aren't doing what they should do and employing New Zealanders."

He said there should be a higher threshold for foreign companies doing short term work.

The Geo Resolution used to be the New Zealand navy's HMSNZ Resolution, until it was sold last year.

Records show it is flagged in the Marshall Islands and owned by a Philippine company.

It arrived in Sydney for its next berth three days ago.