The growth of banking profits and internet technology is opening New Zealand banks up to the risk of new global challengers, according to PwC. 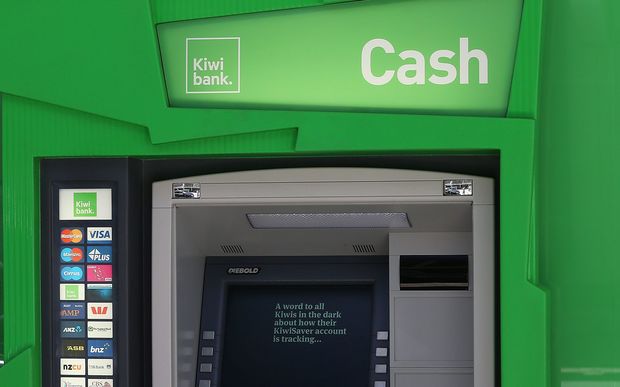 KiwiBank is currently the only New Zealand-owned bank operating in the country. Photo: RNZ

The accounting firm's latest Banking Perspectives publication has been released, which focuses on the major banks' - ANZ Bank New Zealand, ASB, Bank of New Zealand, KiwiBank and Westpac - performance for the first half of their 2015 financial years.

With the exception of KiwiBank, all of them are Australian-owned.

The five top lenders' first half profit after tax was up 4 percent, or $92 million, to $2.37 billion, compared with the previous six months.

According to the report, the lenders reported core earnings of $3.48 billion in their first half results, up from $3.28 billion.

The drivers behind that were a $184 million increase in net interest income, and a $49 million reduction in operating expenses, although that was coming off high levels.

The report puts the growth in net interest income down to sustained growth in lending during the period and the continuation of low funding costs.

However, the banks did experience a $54 million increase in bad debt expenses, and a $34 million decrease in other operating income.

Disruption in the market

In announcing first half profit increases for New Zealand's five big bans, PwC is forecasting a new, major overseas bank may decide to move into the lucrative New Zealand market.

PwC Banking Sector analyst Sam Shuttleworth warned that should a new overseas bank want to enter the New Zealand market, there was no need for them to have physical branches - just good internet systems.

"The New Zealand market, while a very small market - there is room for further banks to join in."

PwC forecasts new banking technology has the power to disrupt the market and the barriers to a new bank entering the New Zealand market have never been lower.

"With the advent and the enhancement in technology that also makes it even more accessible for, say, a global bank to come to New Zealand, set up shop, but do it through a digital channel, do it through a virtual branch."

PwC said corporate lending had continued to grow, up 4.1 percent between the periods, the highest it has been since the late 2000s.

"This reflected the continued business and economic confidence at this time."

The drop in the value of the New Zealand dollar against the US dollar has helped exporters, however PwC pointed out that on the flipside, a weaker dollar was likely to push up import costs, which could result in rising prices for products for kiwis.

Household lending grew by 2.6 percent in the first half, increasing from $200.4 billion to $205.6 billion in the six months.

PwC put this down to the low interest rates being offered for mortgages to drive volume growth.

The report said the ongoing supply constraints and net immigration have all continued to drive up property prices, particularly in Auckland.

The banks' combined bad debt expenses increased to $181 million for the first half, compared to $127 million in 2H14.

It said rising Auckland property prices had been a cause of concern, particularly if there was a price correction, however it noted that the banks should be able to respond to such a scenario based on their internal stress testing.

It also noted the continued low dairy commodity prices were a cause for concern for not only the banks' exposures directly to the dairy industry, but also all the other industries which supported the dairy sector.

The report said it would not be surprising if some of the banks had included some additional provisioning for their exposures to the dairy sector as a result.