Police are following up new sightings of a missing Auckland teenager and a man with violence convictions. 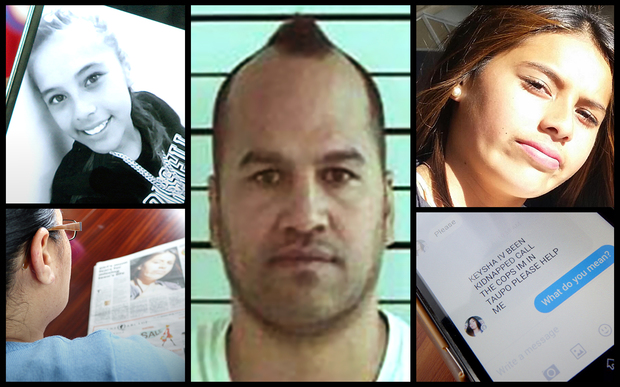 LA Tukerangi, 15, is believed to be with Dean Whakatau, 36, who has convictions for violent offending.

The teenager's family have not seen her for two weeks and police say they have grave fears for her safety.

A police spokeswoman said they had received reports of sightings of the pair and were following them up. She would not say where they were seen.

Police were also interested in hearing of any sightings of a champagne brown 1993 Toyota Corolla hatchback, registration number SG1810.

Police want to hear from anyone who has seen this Toyota Corolla. Photo: Supplied

Detective Senior Sergeant Zane Smith said the two were seen in the Toyota Corolla in Rotorua on Sunday.

The car had been described as possibly having a dent in a door and one or more grey primer patches on the paintwork.

Teams of detectives in Rotorua and Auckland were trying to find LA and were very concerned there had been no contact from her despite the widespread media coverage.

"There has been a lot of publicity, a lot on social media appealing for LA to come in and see us. We just really want to make sure she's safe, so the longer this goes on the more concerned we get." 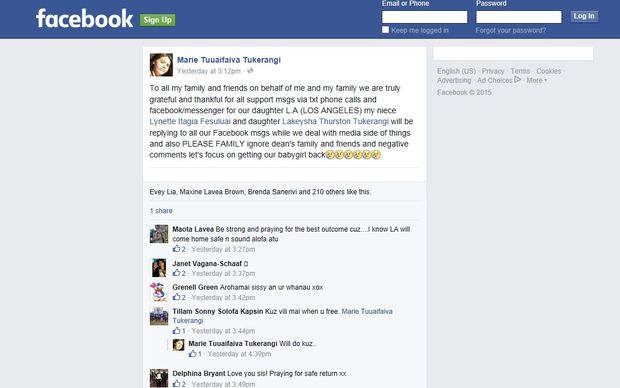 MUMA social workers were visiting the family this morning, he said.

"We've just come in to help the family. We're just trying to shield them a bit."

When the pair went missing, the police had an arrest warrant out for Mr Whakatau for breaching his release conditions.

He had been released from prison in June, having served half of an 18-month sentence.

A Corrections Department spokesperson said offenders serving a prison sentence of two years or less were automatically released after serving half of their sentence.

Offenders sentenced to between one year and two years' imprisonment automatically had standard conditions of release imposed, unless the court specified otherwise. The judge could also impose special conditions on the offender.

"A probation officer manages the offender to ensure they comply with the release conditions imposed by the court. These conditions may include restrictions on employment and living arrangements, and might specify rehabilitation programmes the offender needs to attend," the spokesperson said.