A missing Auckland teenager claims to have been physically assaulted by a man who is thought to have kidnapped her, her mother says. 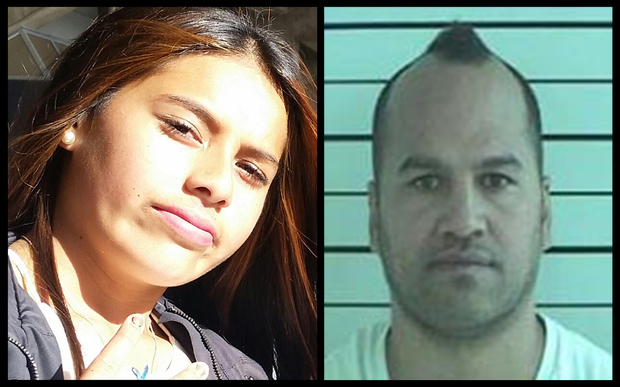 LA Tukerangi, 15, is believed to be with 36-year-old Dean Whakatau, who has convictions for violent offending. 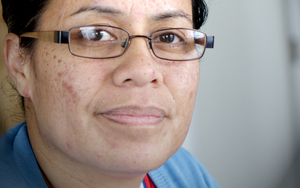 She told family members through social media on Saturday that she was being held against her will.

The teenager's family have not seen her for two weeks and have grave fears for her safety.

Her mother, Marie Tukerangi, said her daughter had no phone so her only means of contact was through her alleged captor's phone, and she had to delete the messages before he saw them.

She said her daughter repeatedly messaged her and her sister on Saturday.

"I see these missed calls, private messages, and one was from LA, saying 'Please Mum help me, I've been kidnapped' and then I checked my daughter's Facebook message that she forwarded to me, "Keysha, Keysha, can you please call the cops, I'm in Taupo, help me please'."

Ms Tukerangi said the family had not seen the teenager since she was dropped off at her boyfriend's place for the weekend.

She said it appeared Whakatau was fostered by the boyfriend's family.

"The guy is whāngai'd to the family, from what we've been told, but we're not quite clear on how it all came about. She's just got mixed up from that guy and apparently he'd just got released."

The police have said her daughter was seen on Sunday walking through a mall in Rotorua with Whakatau, who is subject to an arrest warrant for breach of release conditions. 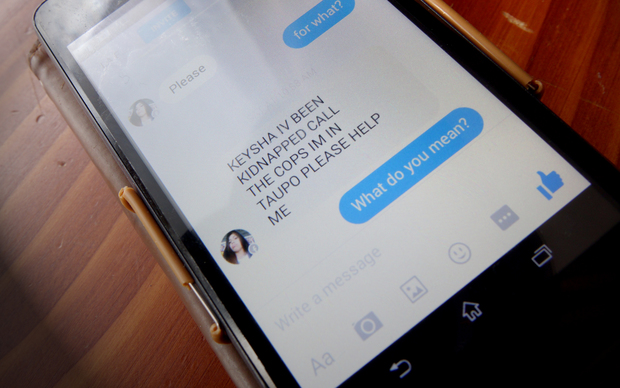 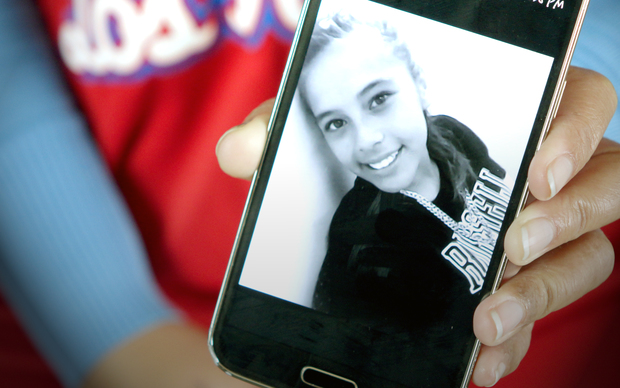 LA Tukerangi's mother holds a photo of her, taken when she was 14. Photo: RNZ / Kim Baker Wilson