The Salvation Army wants something to be done urgently in West Auckland to help those who can't afford anywhere to live and are forced to sleep rough.

The church charity's Hard Times report said most of the homeless people surveyed started living on the streets to escape bad family environments, which often involved addiction and domestic violence.

It said the main reason they stayed on the streets was because they couldnt' afford to rent a home, or even a room. 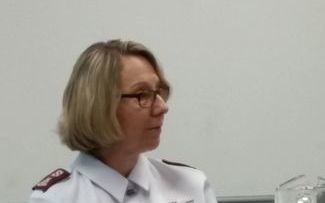 "More social housing is required in the West. Government actions presently are not delivering sufficient affordable homes," she said.

"The need to provide more housing for the aged and single people was of particular concern to those rough sleepers interviewed. The voice of people living on the street needs to be heard by policy makers and planners," Ms Harris said.

The report said housing availability and affordability were a problem organisations were unable to deal with on their own.

"Changes are required in the current policy settings. Intervention needs to occur from central and local Government to reduce the degree of suffering and harm experienced by people who sleep rough."

The report said close to half of the people surveyed ranked shelter as their most immediate need.

It also said emergency housing in Auckland was inadequate.