Since 1941, 29 people have been fatally shot by police and in the 27 cases so far investigated by the Independent Police Conduct Authority (IPCA), the police actions were found to be lawful.

The most recent of these shootings came last night when police shot dead 21-year-old Slovakian man David Cerven in an Auckland park. 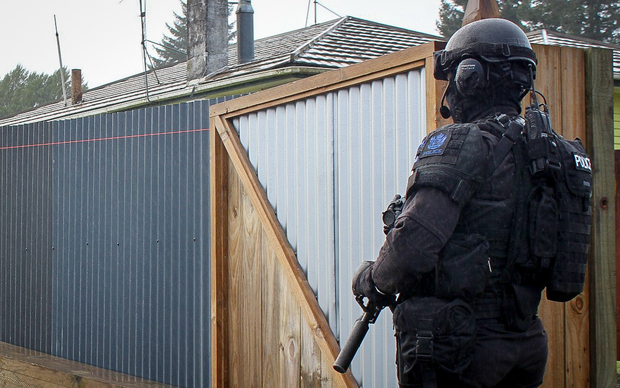 In May this year, Vaughan William John Te Moananui, 33, was shot at a Campbell Street property in Thames after police said he refused to surrender and pulled a firearm on them.

CPR was performed at the scene but he was pronounced dead at Thames Hospital shortly afterwards.

Caleb Henry, 20, died in hospital in July 2013 after being shot after a police chase.

When stopped by road spikes on Auckland's northern motorway, Mr Henry shot at police. He was pointing his gun at officers when a member of the Armed Offenders Squad (AOS) fired and killed him.

The IPCA found the police were justified in starting the pursuit and in the shooting. 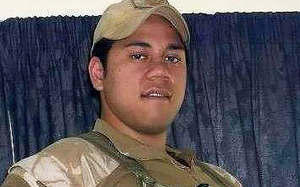 In June 2013, Adam Te Rata Charles Morehu, 33, was shot dead by police returning fire after a break-in at the New Plymouth Golf Club.

Mr Morehu fired at the pursuing officers from a sawn-off rifle and an officer, after getting a Glock pistol from a police car, shot Mr Morehu when he thought he heard him reloading.

Mr Morehu was conscious at the scene, but died a short time later.

In Taranaki in 2011, Anthony Ratahi, 46, of Stratford was shot dead by police after a stand-off in the coastal township of Opunake.

The drama began when Mr Ratahi walked into a restaurant at the Headlands Hotel late on a Friday night and and took his former girlfriend hostage.

He held her hostage for 12 hours before he was shot. Police said he was armed with a knife and a gun.

A post-mortem later confirmed he died as a result of a single shot to the head.

Lachan Kelly-Tumarae's car was chased for 18km before he stopped next to an urupa and pointed his gun at police in Omahu, near Hastings, in 2011.

An officer then fired 14 shots at the 19 year old, hitting him four times and fatally wounding him.

The IPCA found police were justified in shooting Mr Kelly-Tumarae, but criticised the officers for not complying with some policies.

Paraplegic gunman Shayne Richard Sime, 42, was shot dead in June 2009 after challenging members of the AOS to show themselves during a stand-off.

Mr Sime, 42, who was in a wheelchair, was killed by police after he had fired more than 100 rounds in the Christchurch suburb of Burnside where he lived.

An armed officer and a neighbour were shot and wounded during the siege.

Mr Sime was armed with a shotgun and a .308 high-calibre rifle, and had a firearms licence.

Mr Naitoko, 17, died after the chase ended in a shootout between police and the armed man they were pursuing.

Mr Naitoko became caught up in the armed confrontation as he drove a courier van on Auckland's north-western motorway. He was fatally shot by the AOS.

Lee Jane Mettam, 37, of Onerahi, Whangarei, was shot by a member of the AOS in 2008 after she held up staff in a Vodafone shop in Reyburn Street in Whangarei.

She entered the store wielding an air rifle and when she came out of the shop was challenged by police to put down the weapon.

After she pointed the weapon at police officers, she was shot in the chest and killed.

Stephen Jon Bellingham, 37, was killed in Christchurch in 2007, after advancing on a police officer with a hammer.