Anti-family violence advocates say they would support a specific criminal charge for domestic abuse, but it should not be seen as a silver bullet. 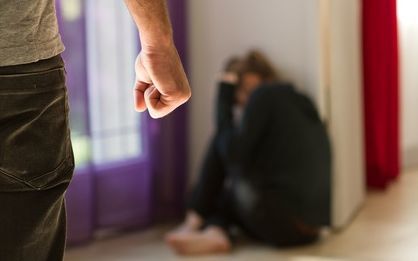 Kathryn Coyle's former partner, Stephen Barry Wilson, was charged and sentenced last year for assaulting her and Ms Coyle said she would back a specific charge for family violence.

"Male-versus-female [assault] ... doesn't feel like it carries the weight that I think a specific charge would have, where that person would be maybe categorised by the police, that it might give the police more of an insight into what they're dealing with."

But such a charge would not solve a culture of family violence, she said.

She feared that the current counselling programmes offered to family violence offenders would not have changed the mindset of her former partner, and people like him, and wanted to see more effective programmes introduced.

"More intense, like one-on-one, as opposed to a group session where it's lip service," Ms Coyle said.

"I don't think that 26 weeks of a one-hour conversation and a whole lot of other abusive men is going to have an impact."

Auckland barrister Catriona MacLennan said the idea of a family violence charge was suggested in 2012 by the then-chief Family Court judge, Peter Boshier.

It was a good idea but should not be introduced in isolation, she said.

"A specific charge could be useful but we need to ensure that the police will arrest and charge the perpetrators in the first place.

"Then ... there would need to be a clear policy decision that in those cases judges were not to give diversion or discharges without conviction," Ms MacLennan said.

The Government should also consider a separate charge of non-fatal strangulation - which was often a precursor to a fatal assault, she said.

Police Association president Greg O'Connor whose members could be tasked with using any new charges, was sceptical about whether they would work.

"Probably better resourcing of those who are dealing with the families from... where domestic violence emanates could be a better way to go about it, rather than the probably simplistic and much cheaper version of trying to legislate our way out of it."

Ms Adams said a specific charge would make it easier to track where family violence was occurring, including repeat and high risk offending.

But that could be done with current laws, Mr O'Connor said.

"It may well be it's simply a matter of mining those statistics further to discover the extent of the problem and see whether the right charges are being laid," he said.