The Children's Commissioner says he doesn't believe a study criticised for treating children like lab rats would ever have got past an ethics committee.

The study was designed to test the accuracy of a new tool to predict whether a child was at risk of abuse.

But the Minister of Social Development, Anne Tolley, said it would not go ahead under her and criticised it for treating children like lab rats.

Ministry of Social Development (MSD) officials wanted to give risk scores to all 60,000 children born in a year and then observe them for two years to see if the predictions came true. 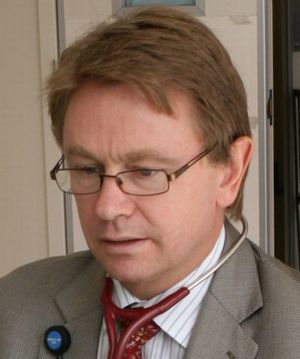 Children's Commissioner Russell Wills said the intentions behind the proposal were good.

"But there's lots of fish hooks. As I understand it, one of the aspects of the proposal was to not intervene if there were high risks - and no ethics committee in New Zealand is going to wear that."

He said the other danger was using the risk model in isolation, while ignoring other information.

"Ascribing a number to a predictive value of point three is not that helpful, particularly when the databases can't include current, more relevant data, like, for example, the fact that someone has engaged in a programme and the behaviour has improved."

Associate Professor Susan Morton told Checkpoint there were ways of designing an observational study without the ethical problems the MSD one seemed to pose.

Dr Morton leads Auckland University's "Growing up in New Zealand" study, which has been monitoring 7000 children since before they were born.

She said the study team had a process to make sure key services were engaged for a family that seemed to be at risk, and those safeguards had been used.

"We are confident that those things have been followed up appropriately for those families, so that we're not just leaving them and observing them and waiting for something bad to happen."

The proposed stage two, forward-looking study was designed to test the accuracy of the ministry's new predictive risk modelling tool. It would have noted which young people were most at risk, and then observed to see if they did, in fact, go on to be harmed.

The ministry had commissioned AUT economist Professor Rhema Vaithianathan to develop the model, which uses data about children and their families to identify those at risk of physical, sexual or emotional abuse before the age of two.

In an interview with Nine to Noon, Professor Vaithianathan said in the United States, retrospective data showed that 50 percent of children who had had a near fatality or been killed through child abuse, would have been identified by this kind of tool.

But she did not understand the prospective "wait-and-watch" approach, and would have great concerns about it.

"Because I bet you anything we will wait and watch and see these types of tragic outcomes and then I don't know how we would explain to people: 'oh yes we knew they were high risk at birth'."

She said the impact of the tool should be carefully evaluated.

"We ought to be seeing whether the tool helps reduce child abuse by implementing it in a setting where we do a lot of scrutiny about its impact."

Professor Vaithianathan said it was important to be aware of issues of disparities and stigmatisation when using the tool.

She also said she didn't see the value of a prospective study as it was not clear what more could be learned than was learned from a retrospective one.

The discussion emerged after Official Information Act documents detailed how plans for testing the model were to go for approval from an ethics committee.

A briefing paper to the minister said the study could result in information about a very high risk child sitting in the system but never being requested or acted upon.

Ms Tolley wrote on the paper that this would not happen on her watch.

She told Nine to Noon that they were now testing the risk model with historical data.

"There's small steps that we have to take with this because, as I keep saying, these are children we are dealing with, this is not a paper-based exercise.

"We have to make sure if we are using a tool, that it's accurate."

Mrs Tolley said a team of people trained in the new predictive model would use it alongside the normal processes of assessment that are done on the risk for all children who have been notified.

She said the results of the study would inform a redesign of the Child Youth and Family system next year.