An independent inquiry has found some people's distorted views on what constitutes normal family life is the biggest barrier to putting a stop to family violence. 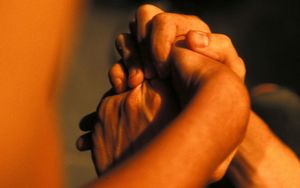 Sir Owen Glenn's report into child abuse and domestic violence has also found that perpetrators associated their violence with alcohol and drug use.

The study involved 26 people, almost all of them men, who had not been violent within the previous year.

The report found most thought violence in the home was acceptable and that half had to stop or cut back on their drinking in order to stop being violent.

And while most perpetrators were victims of abuse themselves, the cause of family violence was not as clear-cut as many believed, he said.

"I've got to tell you, every time you hear someone's story ... it just really reminds you it's time for us to move away from victim-perpetrator label.

"Almost every one of my participants had been victims in their childhood."

The inquiry released a summary of the report and Dr Roguski's recommendations today.