Violence is being bred into the next generation of children, the first part of a major inquiry into child abuse and domestic violence says.

The Glenn Inquiry's first part, the 'People's Report' released on Monday, points to widespread dysfunction in the courts and broken, poorly resourced and disconnected social services as barriers to dealing with the problem. 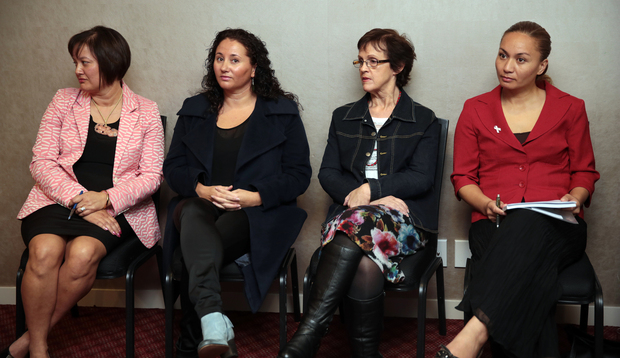 The testimony of 500 survivors, frontline workers and offenders was recorded to highlight the depth of the problem and calls for a national strategy.

The inquiry's chief panellist, Marama Davidson, heard most of the accounts face to face, and said on Monday that children are witnessing violence as though it is normal - meaning it is likely they will commit similar acts later in life.

"As a society, we are breeding violence. That's why this has to be actioned right now. And it will take time to change, but it needs to be about what are we doing for our children. How can we go to sleep at night?"

"Successive governments have failed to really put up a structure that is working. So we've got to have a whole of government approach that is clearly adequately resourced as well. We need to get our interventions early and they need to be long enough to continue to be able to help those people."

The report proposes a profound culture shift to put children first, promote a caring society and make it clear that violence and alcohol abuse are not a normal part of home life.

It calls for a national stance - including by political parties - of zero tolerance on violence, with an overhaul of agencies which are failing to protect, help, or understand the victims of violence. 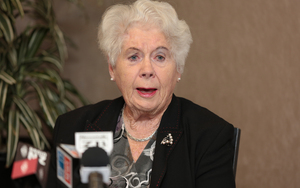 The inquiry's patron, Dame Catherine Tizard, said she found some of the victim accounts so raw that reading them was almost unbearable.

Sir Owen Glenn funded the $3 million inquiry. It identified flaws - such as poor training and coordination among institutions and agencies - in the system that had been intended to protect victims of the "insidious normalisation of violence in some of our families".

A "blueprint for change" will be released later this year.

The report criticises some courts, including the Family Court, with poor internal communication in the court system portrayed as helping perpetrators avoid facing consequences for their actions.

The report says incidents of assault were not linked to prior or successive incidents of child abuse and domestic violence because of "alarming dysfunction" in the courts.

Some women struggled with the court process and having to "prove" their situation, while some perpetrators were seen to be more believable and "played the system".

In some cases, abuse survivors alleged that Child, Youth and Family and Work and Income New Zealand staff were "sub-standard and judgemental".

Police did not escape criticism. Some abuse victims said that officers stopped at giving warnings, failed to enforce court orders and - in some cases - did not investigate historic abuse cases to avoid paperwork or because they lacked training. 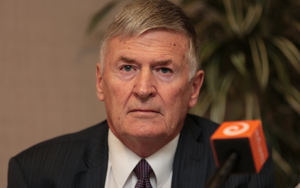 The report said police investigated about 87,000 family violence incidents a year, and that in 2013 Child, Youth and Family substantiated nearly 23,000 cases of child abuse. CYF workers complained of being hamstrung by overwhelming workloads.

Police were responding to a family violence call every seven minutes, on average, and research suggested these might make up only a fifth of cases when un-reported incidents were taken into account.

New Zealand's drinking culture was implicated as a central factor in the violence and neglect.

Glenn Inquiry chairman Bill Wilson, QC, said the report had "every chance" of being a real catalyst for change, because it allowed many victims and frontline workers to tell their stories in a way that exposed the strengths and weaknesses of the present system.

An outspoken critic of the Family Court is pleased the inquiry has put the spotlight on what she says are the court's failings.

Lawyer Catriona MacLennan told Checkpoint the court favours perpetrators over victims, and fails to make the link between domestic violence and child abuse. She believes it needs a complete overhaul.

"We need to have comprehensive plan and strategy, we need to have detailed ongoing training for everyone working in the Family Court and also we should be providing the resources so that the women and children can get permanently away from the violent partner."

Ms MacLennan said between 1995 and 2007, some 212 women and children were killed as a result of domestic violence and many had been through Family Court processes.

The Labour and Green parties say the Government must take responsibility for what they call the widespread dysfunction in the Family Court.

The Glenn Inquiry into family violence described the court environment as hostile, saying it is creating abuse and needs an urgent overhaul.

The parties on Monday called on the Government to put aside politics and join them in developing such a strategy.

Labour said the justice system is failing miserably to deal with domestic violence cases and the buck stops with it. Leader David Cunliffe said it is appalling that the much-needed inquiry had to be conducted by a private entity because the Government lacks leadership on this issue, and called it a crisis of national proportions.

Green Party MP Jan Logie said when when the Government introduced their Family Court reforms last year they had the opportunity to fix problems.

"What they did instead was focus on saving money and they removed protections that were put into law in response to the murder of children in a situation of domestic violence."