All over New Zealand, people are disposing of surplus pills in ways they shouldn't - and the impact on the environment may be far greater than we realise.

Official advice may be to drop surplus medicines back to the local pharmacy, but instead, pills are being thrown down the toilet or sink, put out with the rubbish, put in the fire or given away to other people. 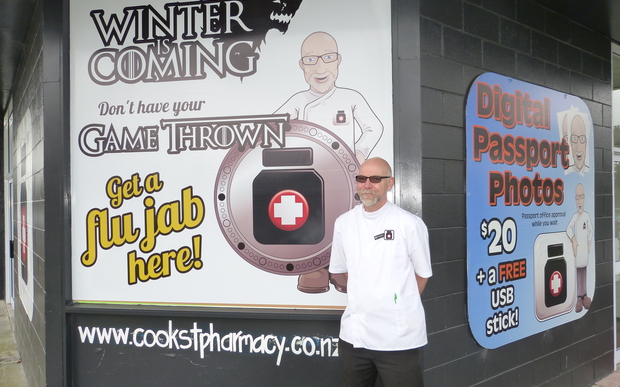 One pharmacist labelled the country's approach to dealing with medicines a national disaster, and the profession is calling for a New Zealand-wide policy so people know what to do with tablets they no longer need.

Palmerston North pharmacist Anthony Roberts said his colleagues could have 'washing baskets' full of unused drugs dumped on them.

Some district health boards provide funding to pharmacists so they can pay to get the old pills removed. Others don't, and the service is patchy.

If people are doing DIY medicine disposal, there can be serious consequences, said Lucy Shieffelbien, from the National Poisons Centre.

"These drugs can actually end up in waterways and into soil and ultimately leach from the soil ... into water tables.

"We haven't actually done any studies here in New Zealand to see what the long-term effects are, but there have certainly been studies overseas.

"We've seen issues with fish, for example, being exposed to high levels of human contraceptive. They disrupt the sex characteristics of the fish."

Should drugs go into the landfill?

Even if the medicines are disposed of by the professionals, where do they go?

He said a private firm took the medicines off the hands of hospitals and pharmacists.

"It goes to a company called Interwaste, and they dispose of it through treating it with steam sterilisation and then they go in the environment.

"The problem is that there is no incineration and it is very doubtful that steaming renders those drugs safe. And the concern is the ongoing is environmental damage", said Mr Platt.

Interwaste said the products were steamed to a super-intense heat of 140°C before being put in the landfill, something that was considered safe.

A spokesperson said there was no incineration, and that the only hospital left with a permit to operate an incinerator was on the West Coast.

"Incineration ensures that it's completely inactivated. I'm not sure whether steaming would always achieve that to form a harmless compound of carbon dioxide, water and a few other minor inorganic materials".

He said whatever route those drugs were taking to the landfill, health leaders needed to find out what effect they're having.

"It's not at all clear what happens to the rest of it. Whether it gets tipped down the sewerage or whether it gets put in the waste bin and then gets buried in the local landfill, which in time enter into the leach out".

Pharmacists are pressuring the MPs on the Health Select Committee to tell officials to come up with a national solution to manage pharmaceutical waste.