A new antibiotic will be available in New Zealand from tomorrow for people who have infections caused by multi-resistant bacteria, or superbugs. 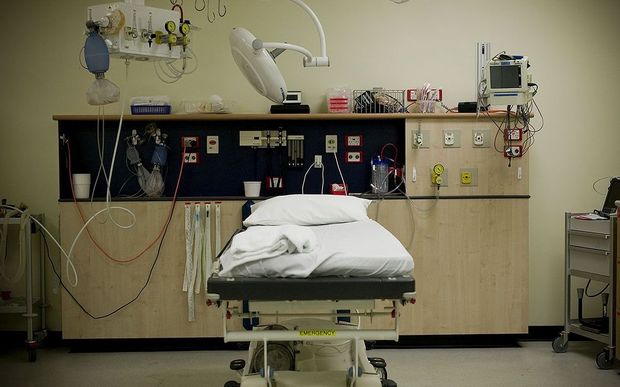 It comes amid growing concern here and worldwide about the growing resistance of superbugs to antibiotics.

Ceftaroline - brand name Zinforo - is made by AstraZeneca and will be used as a last-line response in certain situations only.

The country's drug-buying agency, Pharmac, said it would be available from tomorrow at public hospitals to about 20 patients a year, at a total cost of about $200,000.

It said it was for patients who have complicated skin and soft-tissue infections and community-acquired pneumonia, which can be caused by superbugs such as MRSA (methicillin-resistant staphylococcus aureus), which is a resistant type of the bacterium known as Staphylococcus aureus.

Ceftaroline is a broad-spectrum antibiotic that has proved effective against Staphylococcus aureus and another bacterium, Stephylococcus pneumoniae.

Pharmac, backed by Environmental Science and Research (ESR), said the new drug was to be carefully targeted, to ensure it remained resistant to these superbugs as long as possible.

'Multi-resistant bacteria are now a reality'

Pharmac deputy medical director Dilky Rasiah said the listing of the drug was timely, given the high level of concern internationally around growing bacterial resistance to antibiotics.

"Multi-resistant bacteria are now a reality, so it's important that we have more tools at our disposal to deal with them.

"We continue to have an effective range of antibiotics but every so often we encounter a strain or type of bacteria that requires several different types of antibiotics to treat it, or people can find it hard to take other antibiotics."

Dr Rasiah said it was "a bit like links in a chain, and what we are doing with this decision is adding another link to the chain".

She said Pharmac was working alongside other agencies and health professionals to ensure important medicines continued to be effective for the future.

ESR clinical microbiologist Deborah Williamson said the new antibiotic would be a valuable weapon in the fight against antibiotic resistance.

"But it most definitely should be a last line of defence. It's a very broad-spectrum antibiotic, I mean it's not something we should throw routinely at people because we know that bacteria can develop resistance very quickly to almost all antibiotics."

Dr Williamson said New Zealand did have drugs that were useful against MRSA but it was hoped that ceftaroline would at least be as useful, or more useful.

Ceftaroline will be available by infusion at public hospitals but, to get it, patients will need the approval of an infectious diseases doctor or a clinical microbiologist.

The specialists will know if a particular patient could get results from one of the current last-line antibiotics, such as vancomycin, daptomycin and linezolid.

If not, then they could be placed on ceftaroline, which is the latest, updated version of a long line of effective anti-bacterials, known as cephalasporins.

Pharmac's anti-infective subcommittee recommended in February that the drug be given a medium priority for funding for patients where other therapies have failed, or they could not tolerate them. Pharmac's PTAC committee went further in May, giving it a high priority for the same groups.