Corrections chief executive Ray Smith says he has learned another prisoner transferred this week from the Serco-run Mt Eden Prison arrived at another prison with injuries.

He said the prisoner had made serious allegations about his treatment. 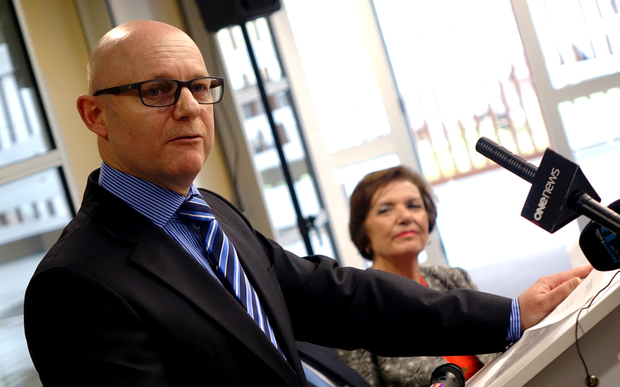 Corrections CEO Ray Smith: "The bottom line is that prisoners must be safe when serving their sentences." Photo: RNZ / Kim Baker Wilson

Mr Smith said he had asked the Chief Inspector of Prisons to investigate these claims, and other allegations that have surfaced this week.

He said the Ombudsman would provide independent oversight of the investigation.

"The public has the right to know that their prisons, run by Corrections or by a private company, meet the standards that we've come to expect - the bottom line is that prisoners must be safe when serving their sentences," he said.

He said he was taking legal advice and considering the full range of options available to Corrections in its contract with Serco.

"I will be giving these options my full attention and intend to meet with [Corrections Minister Sam Lotu-Iiga] to discuss these options."

Mr Smith said he would comment further once he had made a decision.

Inspectorate reviews are already underway into two incidents - the death of a prisoner, Nick Evans, in June, and injuries to a second prisoner who fell off a balcony in June.

Serco is also under investigation after footage of inmates fighting, smoking cannabis and drinking alcohol was shared on social media.