Some farmers who produce raw, unpasteurised milk say new regulations will put them out of businesses and stop their thousands of customers from having the choice to drink it. 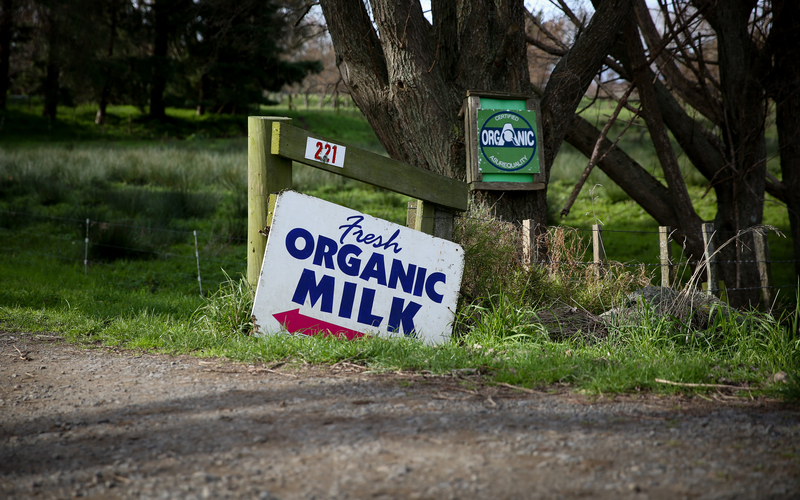 A sign at the gate of Susan Galea and Cedric Backhouse's farm in Manawatu. RNZ / Alexander Robertson 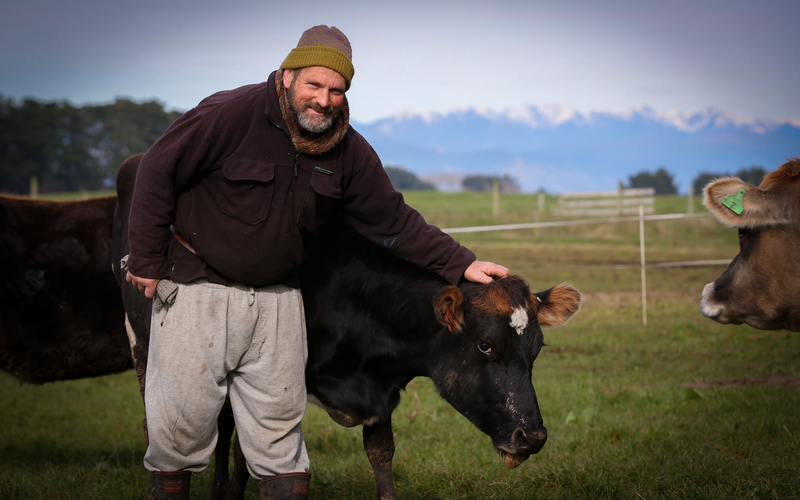 Raw milk farmer Cedric Backhouse says his cows are less stressed than most because they are milked only once a day. RNZ / Alexander Robertson 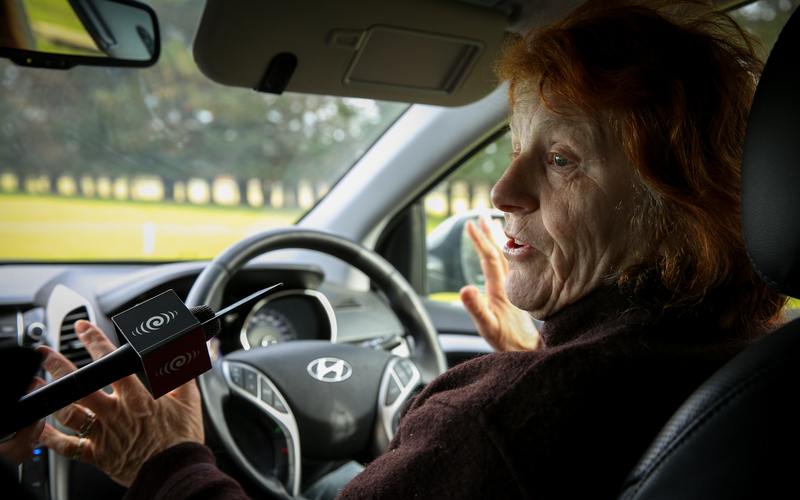 Susan Galea says in the 15 years she has been producing raw milk no one has reported suffering illness from her products. RNZ / Alexander Robertson 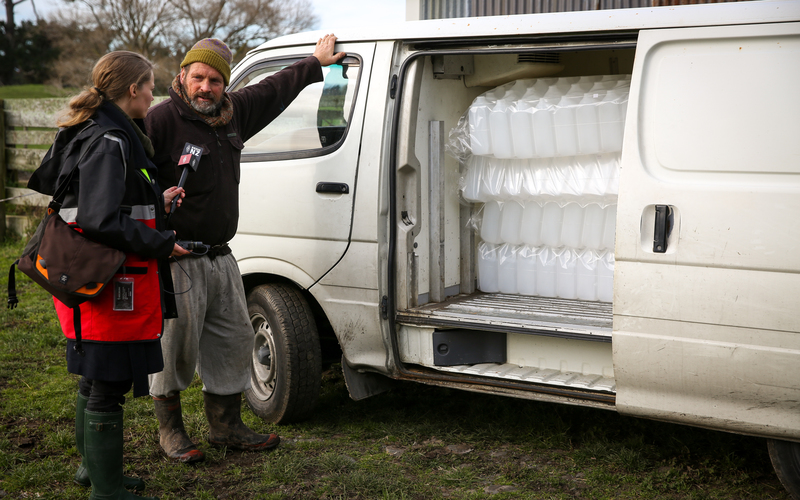 The refrigerated van is used to transport milk to about 30 drop-off points, from Manawatu to Wellington. where 400 householders collect their raw milk. RNZ / Alexander Robertson 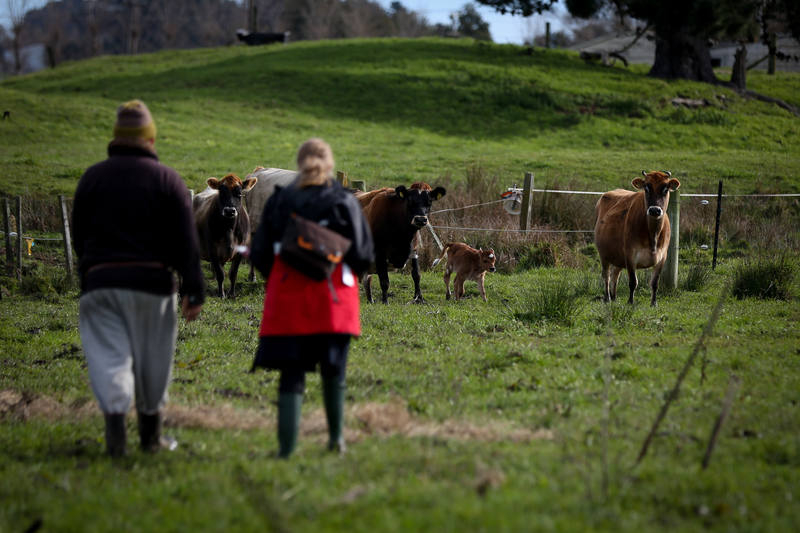 The farm's second herd of about 25 cows being milked this season. RNZ / Alexander Robertson 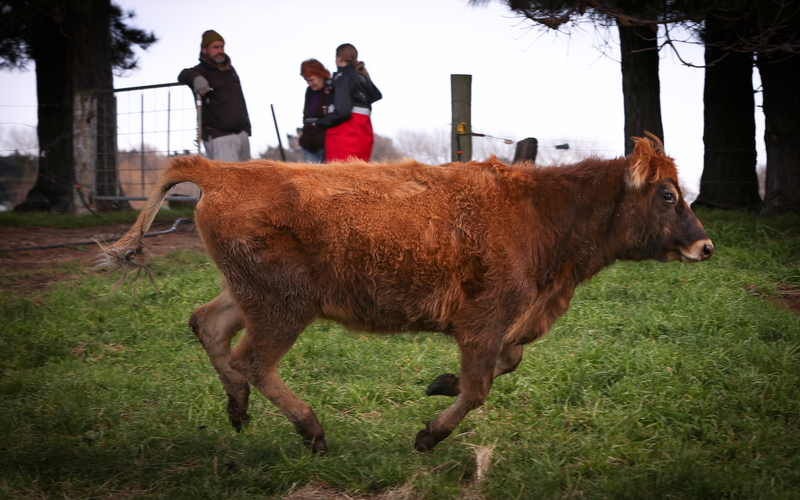 One of last season's calves makes a run for it. RNZ / Alexander Robertson 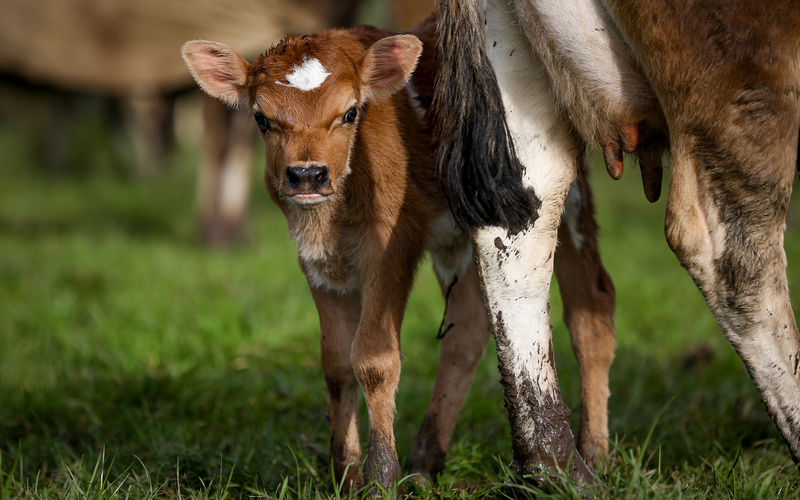 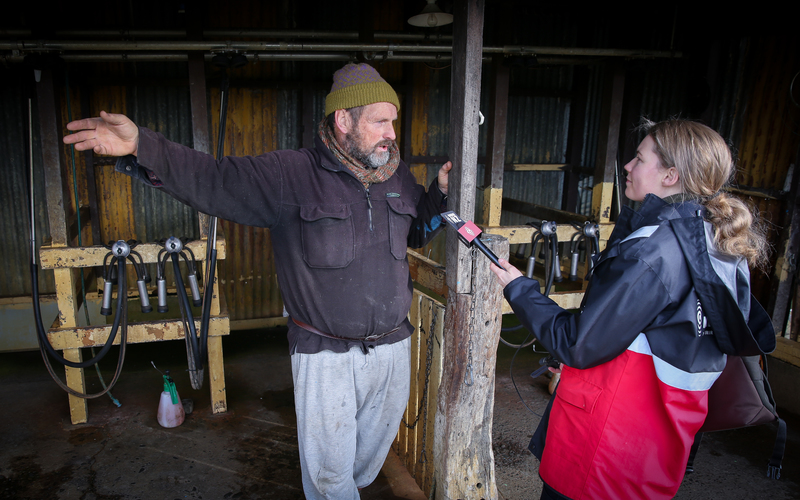 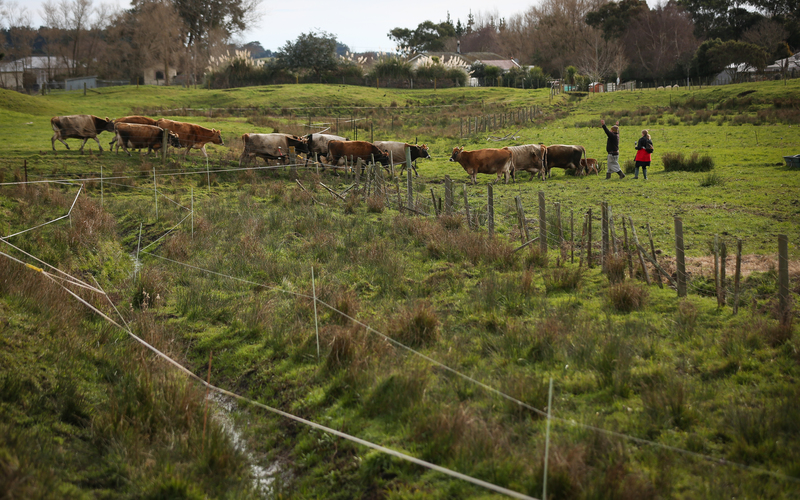 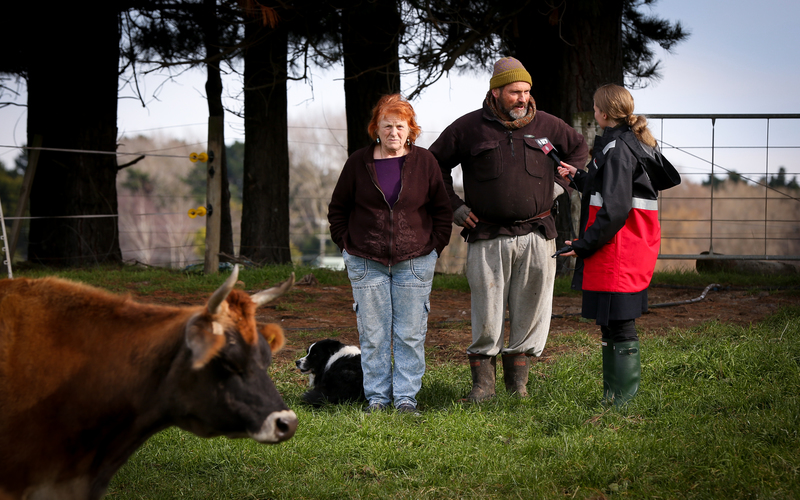 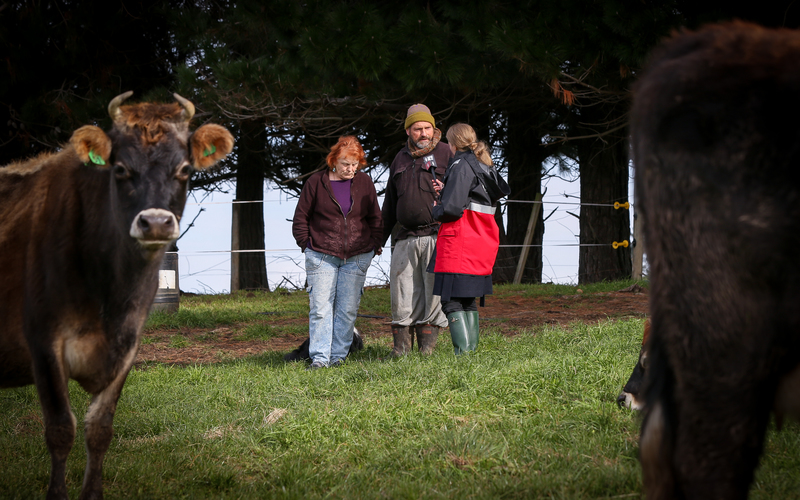 Last month, the government announced a raft of new regulations on the sale and purchase of the milk, which some believe can help with asthma, eczema and lactose intolerance, but which can put drinkers at risk of harmful bacteria like E-coli, campylobacter, salmonella and lysteria.

At present, the law restricts sales of raw milk to the farm, with a limit of five litres per person.

As of 1 March 2016, there will be no limit on the amount farmers can sell, but there will still be strict hygiene requirements and tighter distribution controls.

Producers will have to sell the milk either at the farmgate - which will make it difficult for city-dwellers to buy - or do door-to-door deliveries when people are in to collect it. 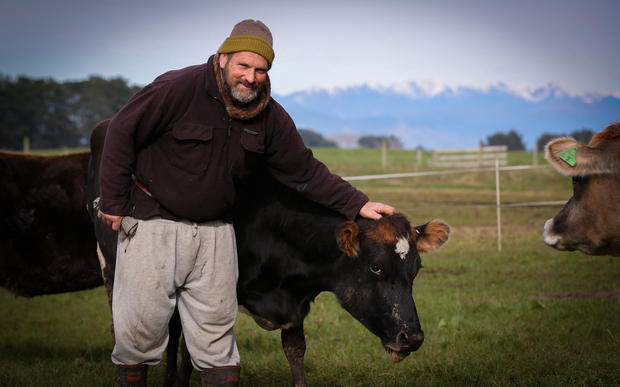 Manawatu raw milk farmers Susan Galea and Cedric Backhouse run two herds of about 25 cows and milk all year round.

They supply milk to 400 households in Wellington and the lower North Island, making deliveries in a refrigerated van to about 30 collection points along the way.

Under the new rules they will not be allowed to leave milk at collection points, and say the extra cost and time will kill off their business.

"I don't believe we can visit everyone's house every week, and especially not within 24 hours of a milking, it's just a logistical nightmare really," said Susan Galea. 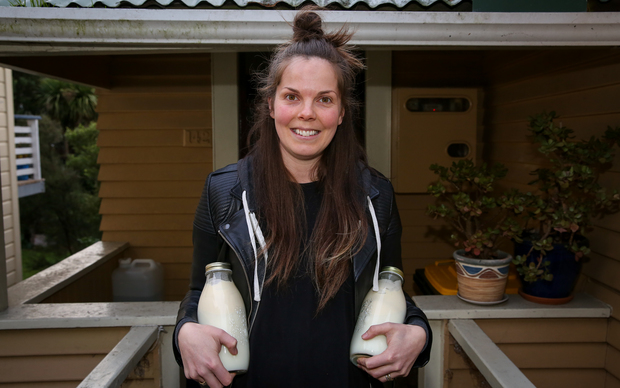 In Wellington, the front porch of Bonnie de Gros's villa has an ice-pack filled chilly bin which serves as a raw milk collection point for about half a dozen families in the area.

She distributes unpasteurised milk for a farm in Horowhenua which has hundreds of customers in the city.

Ms de Gros is angry that getting the milk is about to become difficult.

"It's the weekly thing that we look forward to, we make raw milk cheeses and stuff from it," she said.

"The fact that we have no choice, we have no say in what kind of milk we're drinking - it's either no milk or pasteurised milk.

"But I actually like to make the choice based on informed choice and consent. I'm a midwife, that's really big in my role, and I feel that way about food."

There are no official figures on how many New Zealanders drink raw milk.

The Raw Milk Producers Association of New Zealand estimates it could be up to 100,000 while Food Safety Minister Jo Goodhew said it was certainly in the thousands.

Ms Goodhew could not give specific examples of drop-off points having contributed to outbreaks of illness.

"I think it was in 2013 raw milk was recorded as a risk factor in eight outbreaks affecting 33 people," she said.

"Whether that milk was purchased and then collected from a collection point I cannot tell you. The point is that lowering the risk comes at a better chance of success if there are not collection points."

The minister said it was important raw milk was highly regulated, because it could be so dangerous.

But farmers and customers say stopping collection points would lower the only by wiping out the many farms that sell the milk.