Oceania Football Confederation upheld a protest by Vanuatu regarding the eligibility of Oly Whites player Deklan Wynne, just hours before the team was due to face Fiji in Sunday's Pacific Games final in Papua New Guinea. 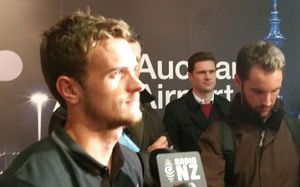 The 20-year-old South African-born player has lived in New Zealand since 2010, but under FIFA rules, has to have spent five years in the country after the age of 18.

As a result, the team was disqualified, and missed a chance to qualify for next year's Rio Olympics.

Andy Martin said the organisation believed all players were eligible to play, and maintained the Pacific Games Council had confirmed this before the tournament started.

"We have acted in good faith throughout, we would have expected any eligibility issues to have been raised through the process we were given in advance as normally happens."

"We're all devastated," Mr Martin told reporters at Auckland Airport last night. "The team ... performed exceptionally well on the field and they've done everything we've asked them to do." 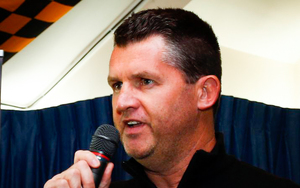 Having taken advice from Oceania Football Confederation on the rules for the competition, Mr Martin said, New Zealand Football would take up their right of appeal on the decision reached on Sunday.

For now, Fiji will represent Oceania at next year's Rio Olympics after beating Vanuatu 4-3 on penalties.

Deklan Wynne said he had lived in New Zealand for six years and had no clue he was not eligible for the tournament.

He said it had been a tough few days, but his team had been supportive.

"They've been great, all behind me and just kept my spirit up which has helped me a lot."

Wynne said the team played really well throughout the tournament.

"To not concede a goal and win every game and shut teams down, it's been a superb tournament."

He said he was not sure what the disqualification meant for his future.

Coach Anthony Hudson said the team was naturally disapointed, and it was their dream to reach the Olympics.

"We prepared so well on and off the pitch, you know, we were put under so much pressure," he said.

"I'm so proud of what we've done and so proud of the players, I don't want us to forget that."