New research shows that if you are building a house in Auckland, more than $100,000 of your budget will be wasted. 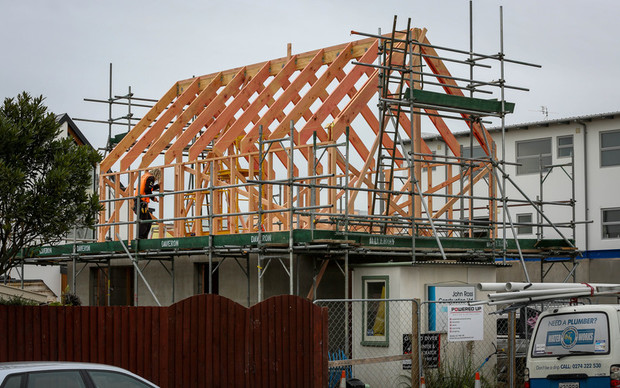 $31,000 worth of materials are wasted in a typical house build. Photo: RNZ / Alexander Robertson

The Centre for the Urban Built Environment, or Cube, at the Auckland University of Technology, said that is the price of wasted materials and delays on site.

Cube's figures are based on the average Auckland house price including the section $828,000.

Senior research fellow, Jeff Seadon, said building the average house would see $31,000 worth of materials being dumped, and $74,000 in wasted labour.

He said the worst part is that the builder makes $7500 profit on that waste because the project runs over time.

Dr Seadon said the Auckland housing boom would see those figures worsen because more unskilled staff will be on site, leading to more mistakes.

He said having mandatory skill levels on site would bring down these costs. The proportion of a build budget that is wasted, around 13 percent, would be similar throughout the country, he said.

The Building Industry Federation says the figure of $100,000 of waste from an average new home built in Auckland is extremely high.

Federation chief executive Bruce Kohn said he did not understand how a house that costs about $300,000 to build, could have $100,000 of waste.

Mr Kohn said he would be interested to see how they came up with the figures.

Its chief executive David Kelly said building a house involved many different parties, so it was hard to mitigate all delays.

"There is an issue of sufficiency's that builders are always working to improve including in consenting systems, part of that is getting the inspection so builders often have to sit around and wait."

Mr Kelly said he had not seen the report, but when it came to waste, time was the issue.

"It is a big system, we can't point the finger to one part, it goes from design through to final inspection, so the whole system needs further scrutiny."

He said different groups involved in building homes were starting to work together more often.

"Auckland Council are having discussions with us (Registered Master Builders) about introducing a quality assurance process."

Mr Kelly said reducing waste was about awareness on the work-site.