The Government is going to put up more funding towards one of the world's most revolutionary space projects - but is not yet saying how much. 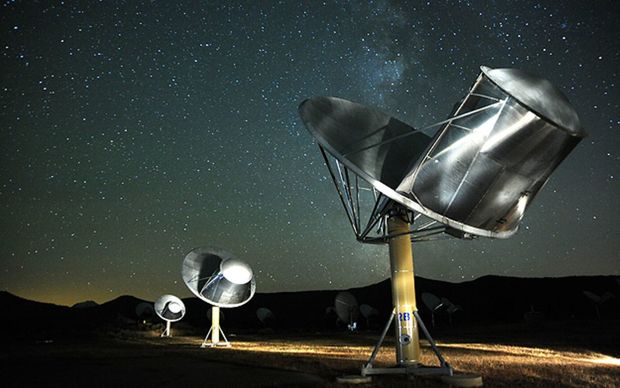 The Allen Telescope Array at night with stars above. Photo: SKA

AUT and Victoria University are working on the Square Kilometre Array, in which two telescopes will survey the sky more than 10,000 times faster than ever before.

While other countries have begun funding the telescopes' production, New Zealand has only agreed in principle to do that.

But it has agreed to make more smaller contributions over the next few years.

It earlier committed up to $1.6 million on the pre-construction work.

The two telescopes will be in Australia and South Africa, with construction scheduled to begin in 2018 for initial observations by 2020. The project's estimated cost is $3.27 billion.

"It is a scientific project without peer in the world. It will be winning Nobel prizes, and probably in its first year or two of operation," he said.

"It's got 11 countries in it and we're up there - New Zealand is up there, actually as one of the most critical providers in the signal processing and the science data processing work."

Mr Bancroft said New Zealand's work in building computers to store the data was one of the most critical aspects of the project and that if the computers were built today they would have to be the size of a couple of netball courts at least.

The technological advancements needed would have probably naturally occurred by 2025 but their deadline was more urgent, so it was working with super-computer companies to speed the process up.

The team had a data processing rate dozens of times the size of current internet global traffic but was still working to make it stronger.

Mr Bancroft said this computer processing work was highly sought after, with 10 countries already lining up to get it once New Zealand had finalised the work.

There was also a chance that antenna connected to the Australian telescope would be placed in New Zealand.