The Government says it will help local councils with the cost of the floods in Whanganui, estimated to be about $120 million. 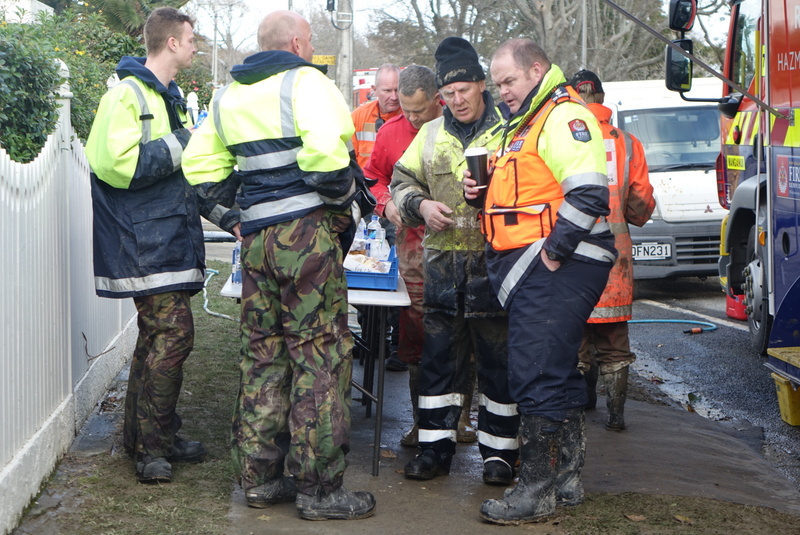 Emergency services personnel at their base on Anzac Parade 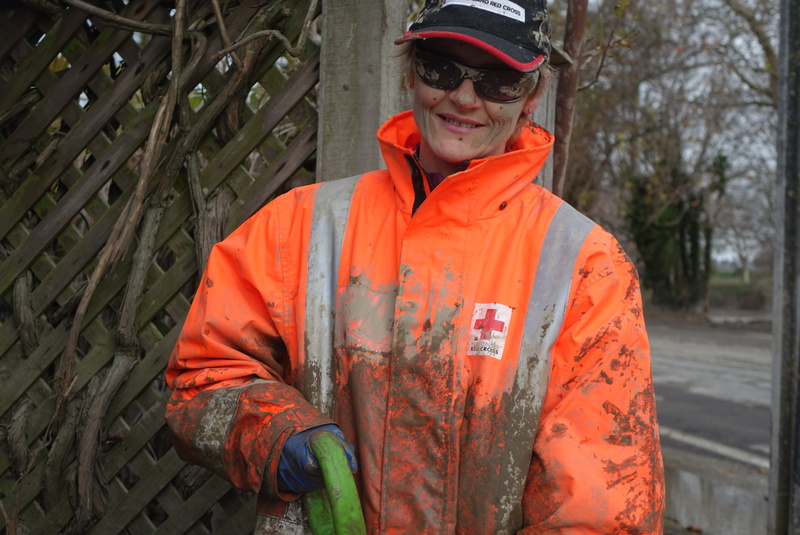 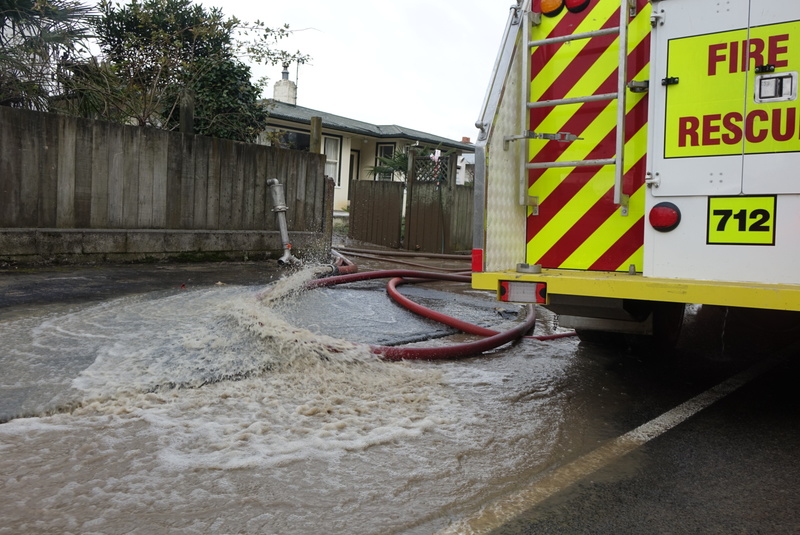 Pumping floodwater out of properties on Anzac Parade 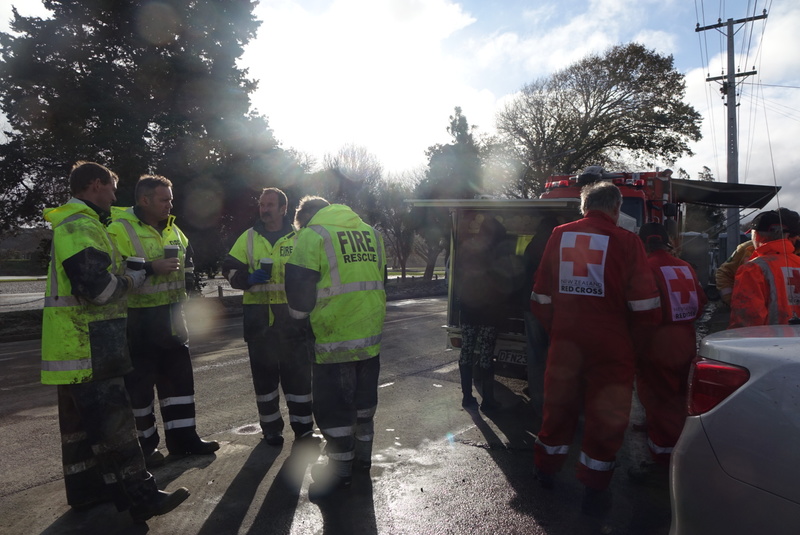 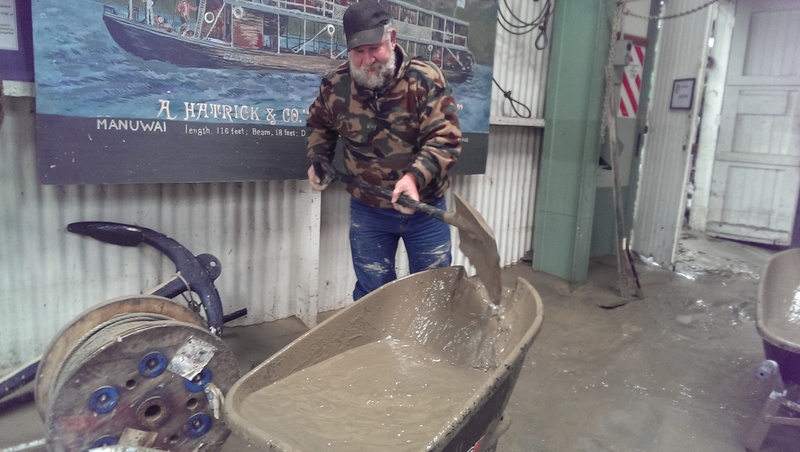 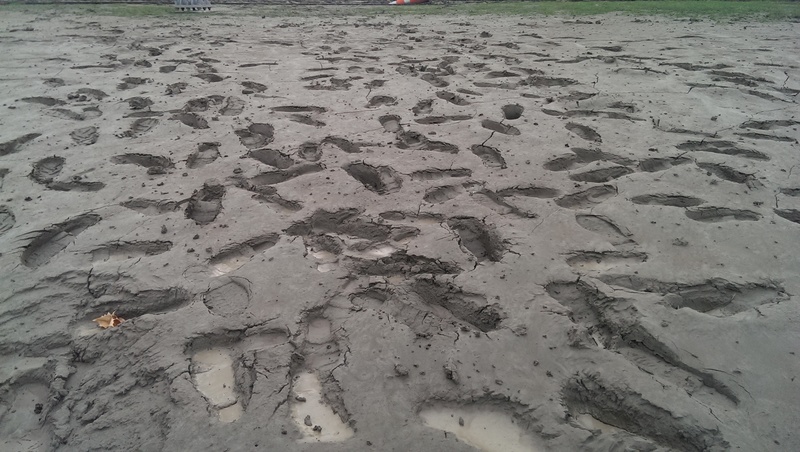 Moonscape of muddy footprints on the Taupo Quay boardwalk 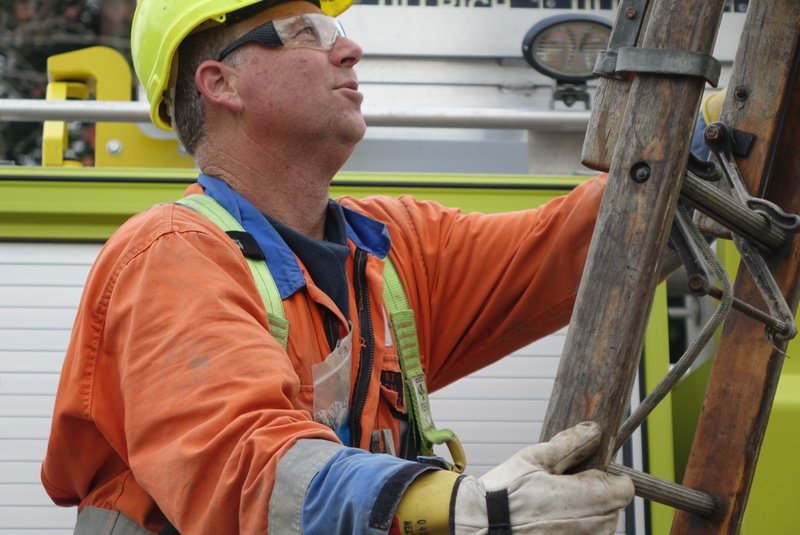 Linesman Andrew Henare says very few of the homes on Anzac Parade are safe to return to. 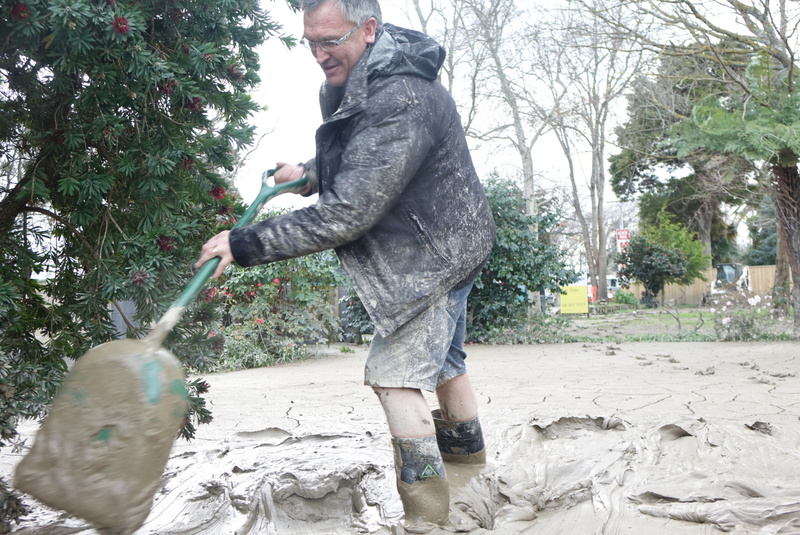 Mike O'Sullivan scrapes muddy silt away from the driveway of his Anzac Parade home. 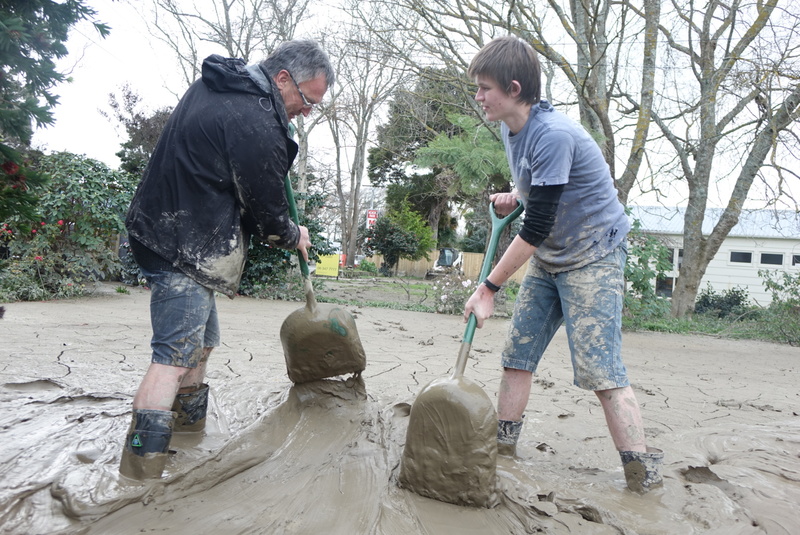 Mike O'Sullivan and his son work on ridding their driveway from silt. 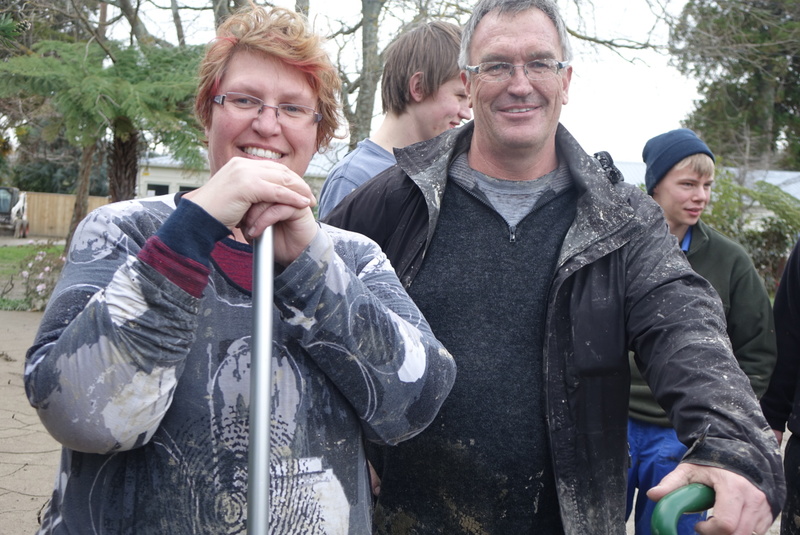 Mike O'Sullivan (right) and partner Kath take a break from the clean-up to pose for a photo. 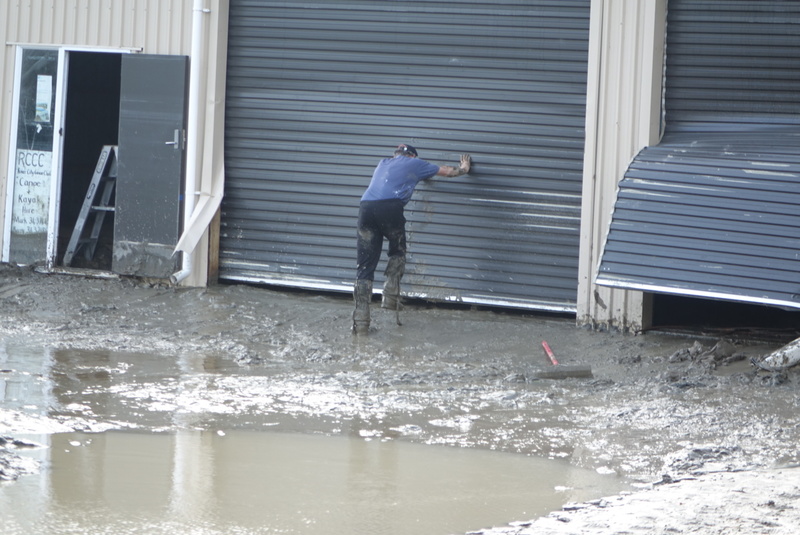 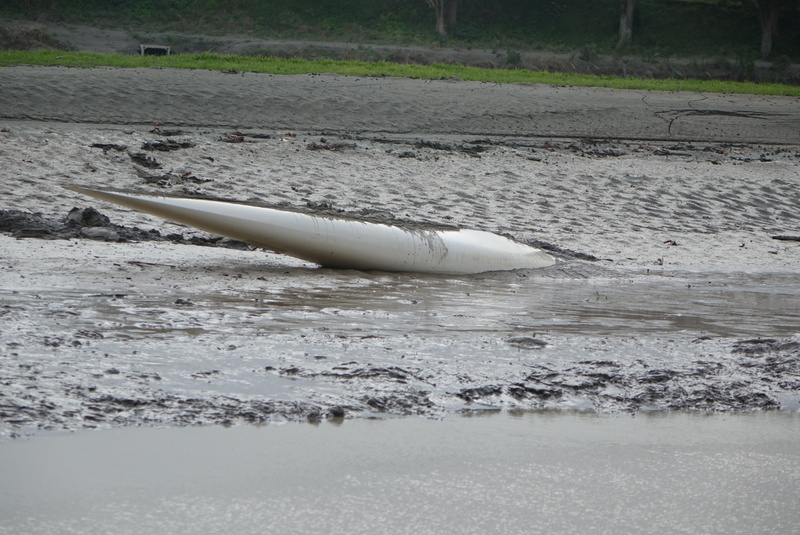 A kayak beached outside the club 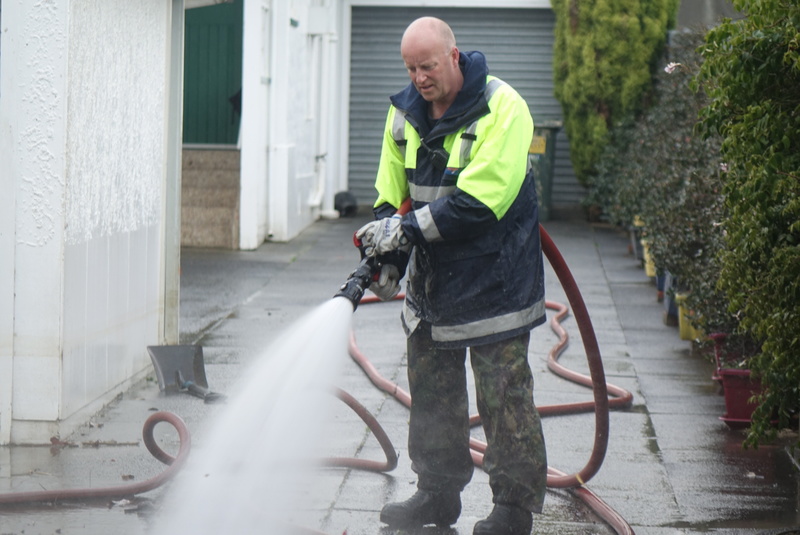 Members of the Air Force chipped in to hose down driveways on Anzac Parade. 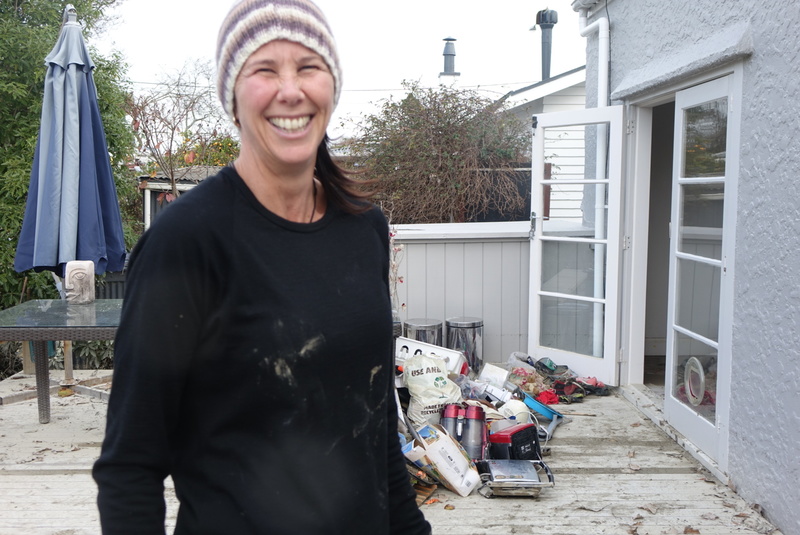 Amanda had only bought her now-flooded house three months ago - but was determined to remain positive. 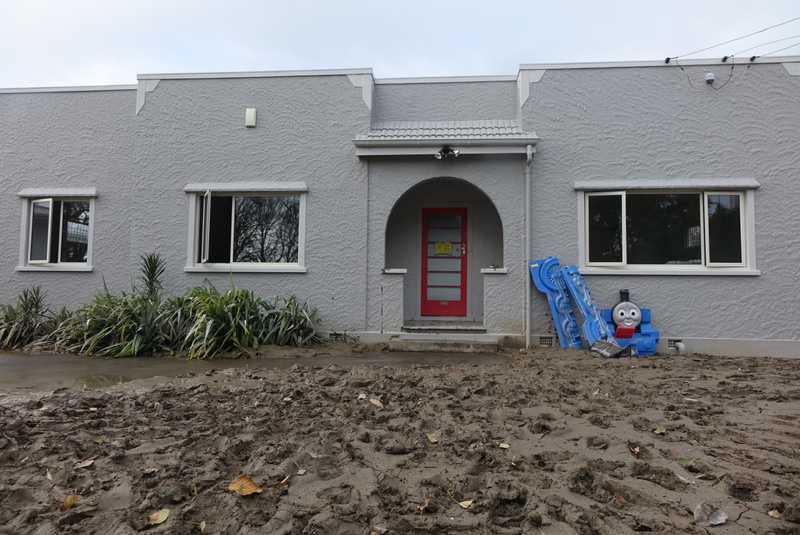 The outside of Amanda's house in Whanganui. 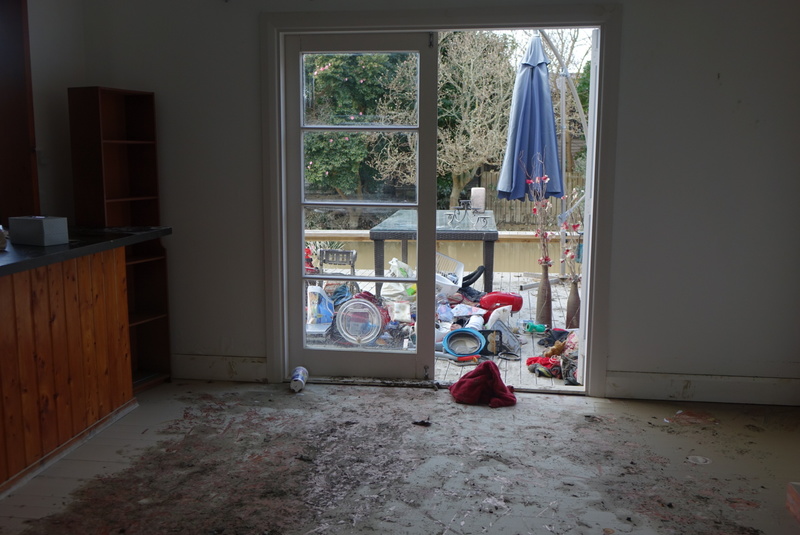 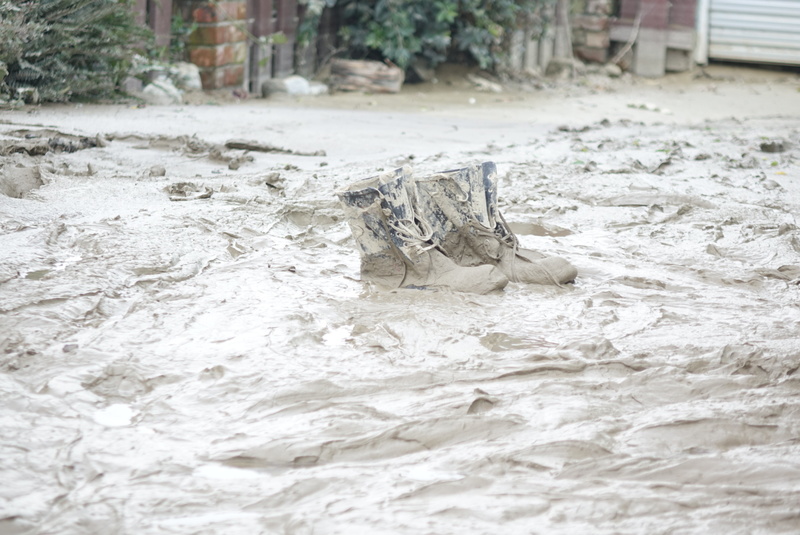 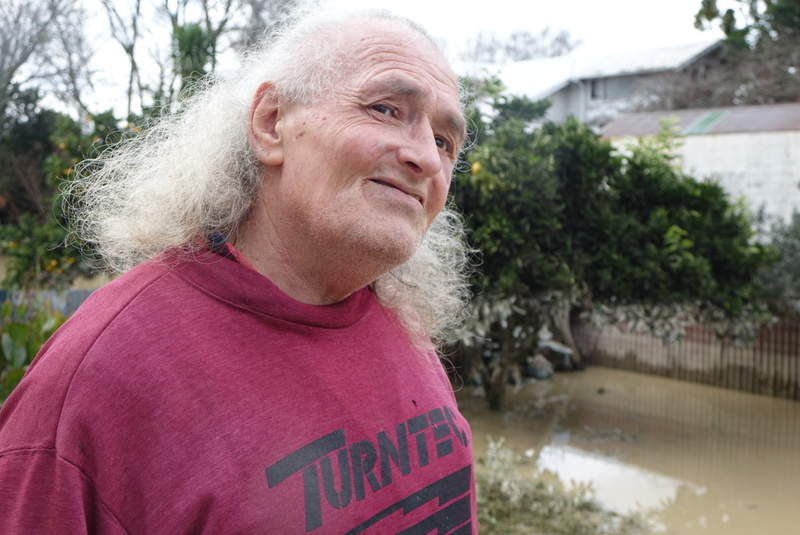 Willy McGregor manages three flood-damaged homes on Anzac Parade. The water in his back garden was about three metres deep at its height and is now about a metre and a half. 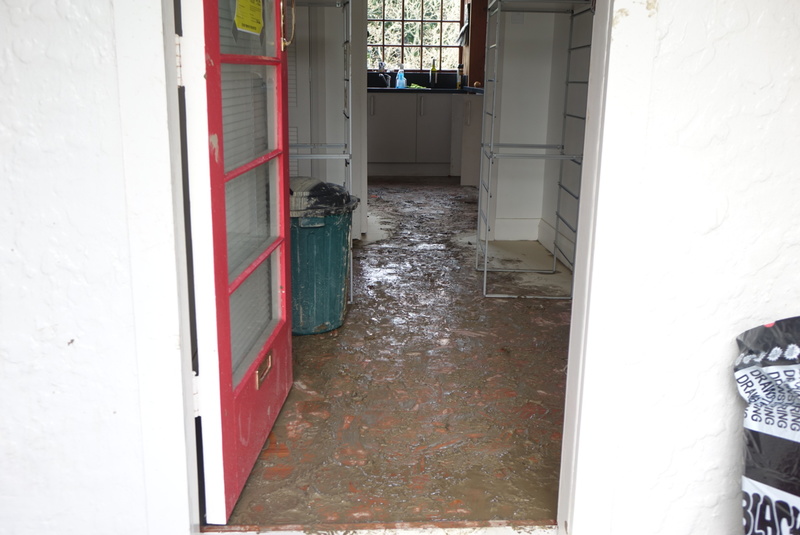 Water had entered the hallway of Amanda's house. 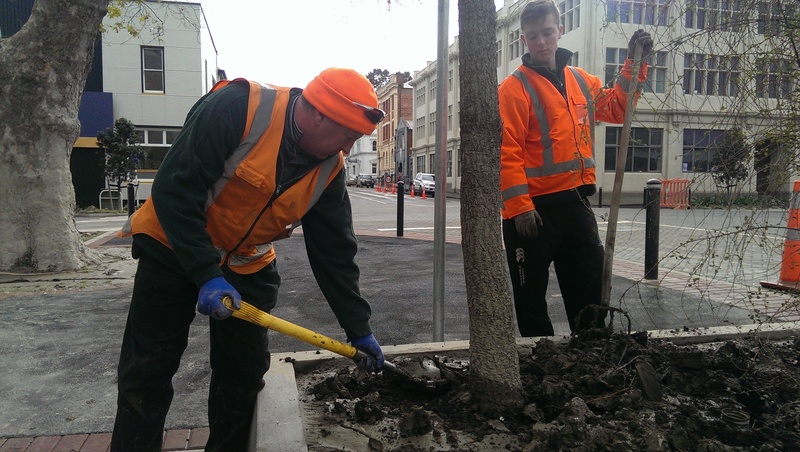 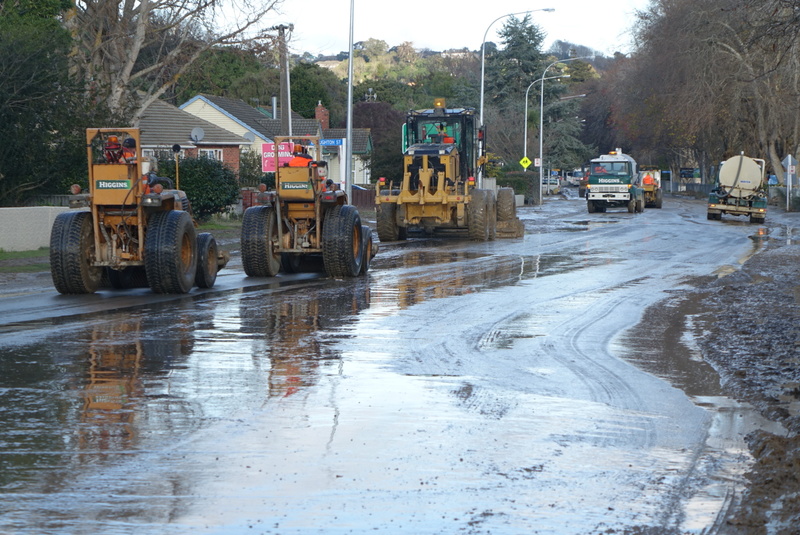 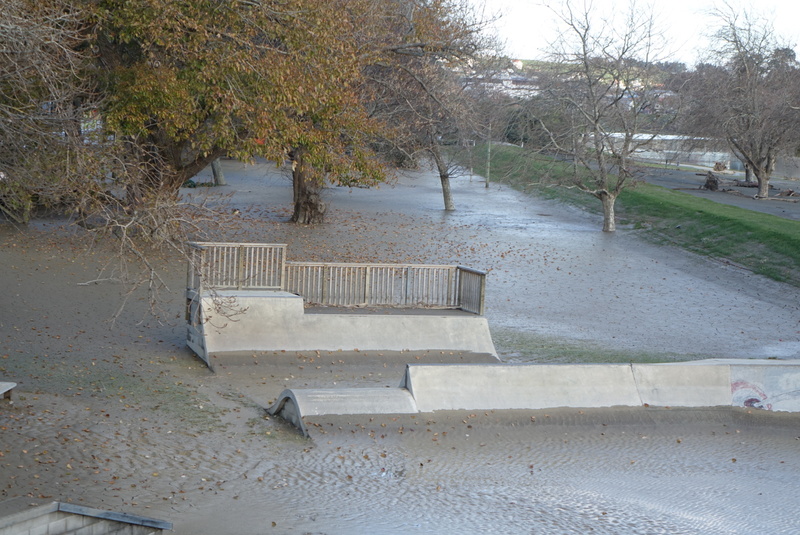 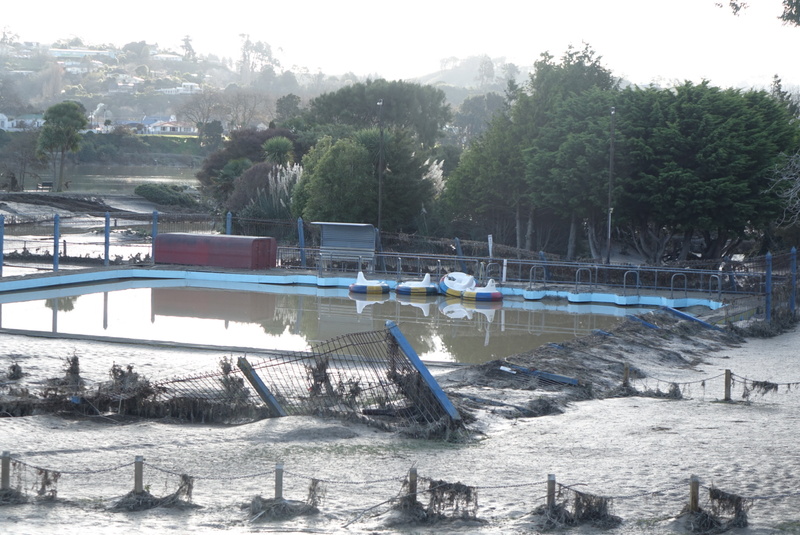 A bumper boat and go-kart business on Anzac Parade 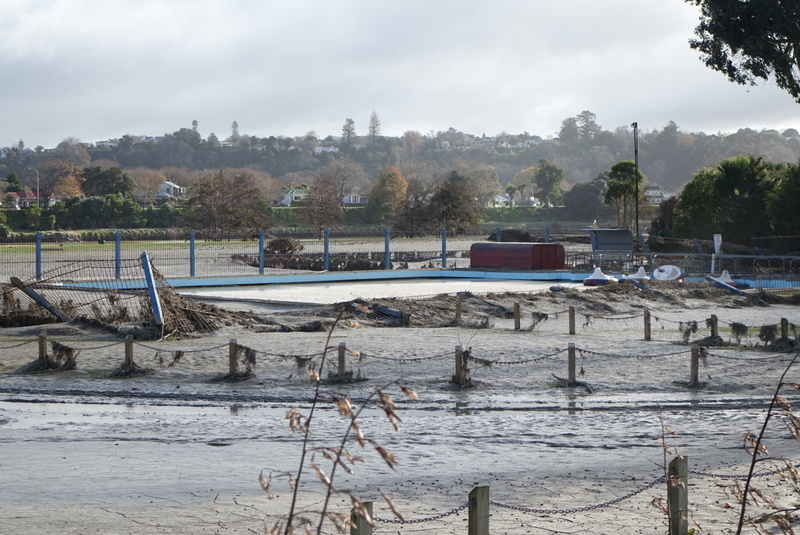 The Riverland Family Park's bumper boats will be out of action for months. 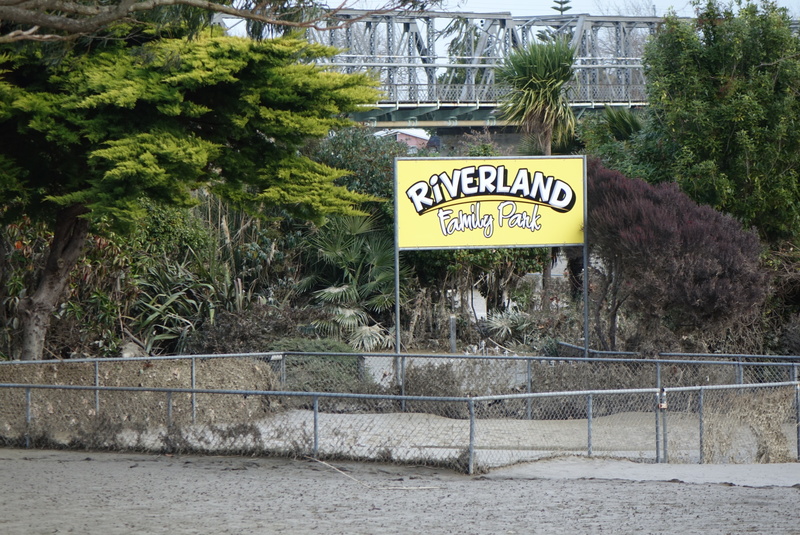 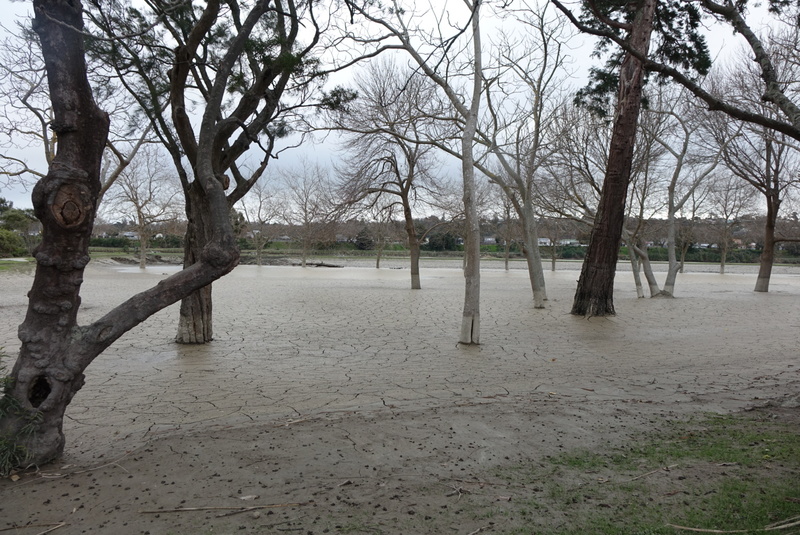 The Manawatu-Whanganui Regional Council said that figure included social, building and economic costs to business but excluded the rural sector.

Council recovery manager Greg Shirley said the estimate was likely to be refined as further information came to light.

Prime Minister John Key, who was in Whanganui this afternoon, said the impact of the floods would be too great for councils to withstand on their own.

He said, historically, the government had contributed 60 percent of costs, with insurance footing some of the bill.

"It's difficult for us to know on day one, you know, just how much of it in theory we're on the hook for as the government, just as a starting point plus insurance," he said.

"But I find it very difficult to believe we wouldn't need to top that up with some more support." 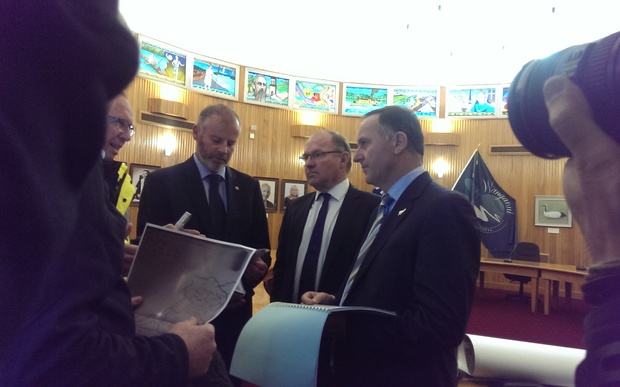 Mr Key said it was still early days, and the Government would need to look at how much it would contribute and how that would work.

He said he would talk to the Minister of Finance and other Cabinet colleagues on Monday about help for Whanganui and Taranaki.

A state of emergency is likely to stay in place in Whanganui for at least another week.

Emergency cordons are being removed around the city; the Taupo Quay cordon in the central business area was lifted this morning and it was expected part of Anzac Parade in East Whanganui will open this afternoon. The remaining cordons should be lifted tomorrow.

Civil defence controller Jonathan Barrett said the focus was turning to emotional support for people seeing their damaged homes for the first time.

A psychological support group has been set up at a Red Cross command post on Anzac Parade and district health board counsellors will be available at the Civil Defence Welfare Centre at Whanganui Girls College.

Civil defence authorities said they had now contacted the estimated 200 people isolated in outlying parts of the region, including at nine remote marae.

Cedric Eruera Nepia, of Te Ati Haunui Apaparangi, has been been on helicopter flights to check on people's welfare.

He said the emergency relief helicopters had been dropping off food supplies, generators and medical supplies, and transporting some people back to town.

About 75 per cent of the roads in flood-affected parts of the district have now reopened, but dozens of rurals roads and State Highway 4 remain closed.

Civil Defence said many slips were considered too unstable and dangerous to work on, and repairs have been suspended because of rain expected this weekend.

The current estimate for roading repairs just in Whanganui alone stands at $40 million. 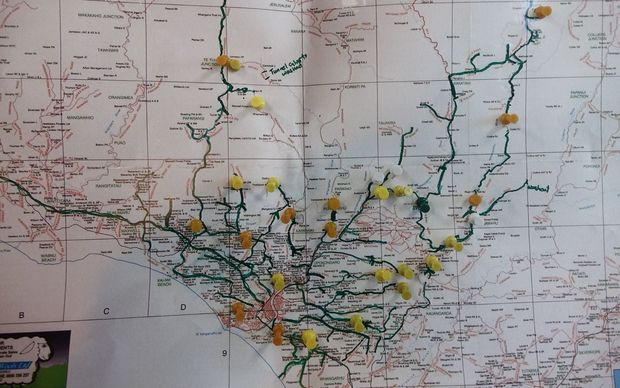