It is branded "New Zealand's Number 1 Breakfast Cereal" and "The Official Breakfast of the All Blacks". 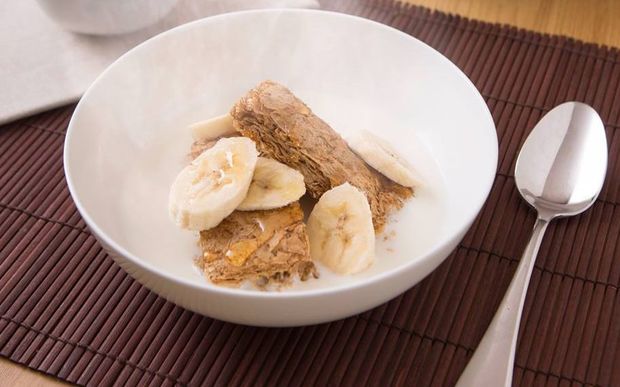 But alert consumers have spotted that some Weet-Bix sold in New Zealand - including some All Blacks branded products - are actually made in Australia.

General manager of Sanitarium New Zealand Pierre van Heerden said since the Christchurch factory was closed after the earthquake, the company's Auckland factory has been working over-time.

But at times of peak demand - such as when there's a major promotion involving the All Blacks - Sanitarium has to "top up" with product from its sister company in Australia.

However, he said consumers can always find New Zealand made Weet-Bix on the shelves.

"So if anyone is concerned about the product made in Australia, just take a look and you will find Weet-Bix made in New Zealand."

But this could backfire if people feel misled. 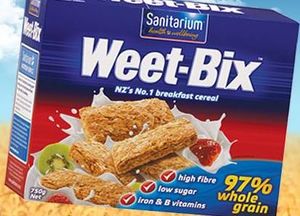 "When people think a product is very 'New Zealand-ish' and then they find the product is actually made off-shore, the value of that iconic New Zealand brand, or both of those brands, is diluted.

"So they don't see it as a genuine New Zealand brand any more."

Researcher at Consumer New Zealand Jessica Wilson said the important thing is that consumers are not misled, and Sanitarium is labelling the product with its country of origin.

"That's not the case for other products on the shelf necessarily and it is something we would like to see - country of origin labelling displayed so that consumers can make an informed choice about what they're buying."