Internet providers offering global streaming of restricted content have agreed to pull out of the New Zealand market.

Major media companies have dropped a legal case against providers offering the Global Mode service in exchange for the service being withdrawn. 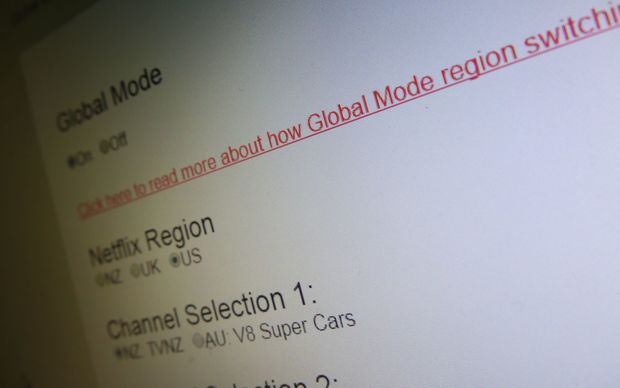 Under the terms of the settlement, Global Mode will be unavailable after 1 September.

The media companies had argued in the High Court that they pay considerable amounts for exclusive content rights and Global Mode breached copyright law.

Callplus and ByPass maintained it was perfectly legal.

The settlement means none of the parties can talk about the deal, but Radio New Zealand understands Callplus has emailed its customers regarding the withdrawal of the service.

Internet New Zealand said it was disappointed with the decision, because internet users and innovation would take a back seat to old media interests.

The group's acting chief executive, Andrew Cushen, said the settlement meant clarity over the copyright argument would never be reached.

Research director at IDC Peter Wise said, while it was a victory for the media operators over CallPlus, it would not stop people determined to get access.

At midday, shares in Sky Television jumped nine cents to $6.19, while Spark's share price was little changed at $2.80.

Slingshot and Orcon said this afternoon that customers who wanted to terminate their contracts after the decision to can Global Mode could do so.

Orcon responded to complaints on social media, saying it was willing to waive the termination fee for customers choosing to leave.

This afternoon, Slingshot sent its customers the following email.

"To matters closer to home, what does this mean for you? In a nutshell, we'll be turning off Global Mode on 1 September.

"If the only reason you're with us is Global Mode, and you want to leave, then we'll happily let you break your contract with no penalties. Just call us in August and have a chat."