A leading economist says the New Zealand dream of owning your own home is broken and he is urging people to put pressure on politicians to fix the housing market.

Shamubeel Eaqub says the high cost of housing is forcing young people into a life as tenants.

Mr Eaqub, who is the principal economist at the Institute of Economic Research, said 52 percent of individuals over the age of 15 lived in rental property but the law did not sufficiently protect renters.

He told Radio New Zealand's Sunday Morning programme putting pressure on politicians to change the rules in tenants' favour would help fix that.

Suggested changes were security of tenure, being able to make small alterations, being able to have pets, and having professionally managed properties that would take rented property from being a form of shelter to being a viable home. 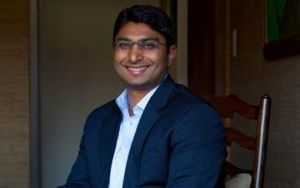 "We're making them and asking them to make sacrifices, that are not reasonable that will come at great societal cost.

"Not only do we have renters that feel really left out, we have young buyers that are now in mortgage slavery and are sacrificing so much of their life for this one thing."

He said that issues of supply, location and density all needed to be addressed.

Mr Eaqub said there was a high bar to young people getting into the market, and they are being forced to make unreasonable sacrifices, at great societal cost, in order to enter it.

Landlords say there are already rules in place to protect renters, but tenants need to know how to use them.

The Property Investors Federation represents about 6,000 of the country's landlords.

Mr King said introducing a warrant of fitness on rentals would not help; he believes the Government should issue heating vouchers instead.

"These kids are ending up in hospital, and we know from Otago University medical school studies that the government actually saves, for every dollar spent on heating and insulation, they will save $5 in health costs, so this is an investment that government can make. It's not a cost."

Battle to get out of tenancy agreement

A Wellington renter described her uphill battle to break out of a tenancy agreement, despite heavy condensation in her room leading to mould on her walls and clothes.

Renter Kayla, who recently shared her story at the Wellington Renters United launch, said shortly after moving into a new flat last summer, she saw drips of condensation on her walls.

Despite complaining with the landlord, nothing was done and she bought a dehumidifier.

She said despite her efforts, mould began to take over.

"My room had become a colour spectrum of mould and despite all efforts there was nothing I could do about it.

"My dehumidifier was taking out anywhere between one and two litres of water a day and yet the thick cold air in my room never seemed to lift."

She said it took a month-long campaign against the property manager before she could cancel her lease.

She feared a new tenant was now occupying her room, facing the same dilemma.