A toddler who died due to sickness caused in part by a cold, damp home is the tragic face of an issue facing thousands of children, housing experts say.

Coroner Brandt Shortland has found that a cold, damp and leaky south Auckland home may have contributed to the death of a two-year-old girl. 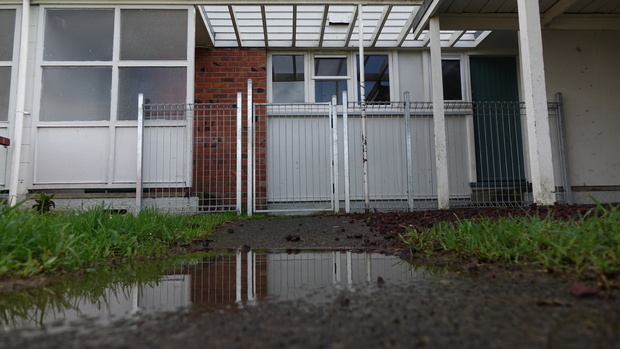 The coroner described the Otara house as "unhealthy for this family". Photo: RNZ / Kim Baker Wilson

Emma-Lita Bourne had lived in a Housing New Zealand house in Otara, and was suffering from pneumonia when she died from a brain bleed.

Otara Health Charitable Trust general manager John Coffey said the organisation dealt with hundreds of people each year who were trying to get into a warm, dry home.

"Definitely the highest numbers of referrals we see are about housing ... dampness, mould, and just how cold their homes are," he said.

"They're getting sick, and we try to help them by giving them advice about how to keep a healthier home."

Mr Coffey said families who could not afford to use electric heaters often bought gas heaters, which exacerbated the problem by putting more moisture into the home.

"But they're finding apparently that that's a cheaper option than buying an electric heater and using that," he said.

Mr Coffey said the trust set up a steering group to look for solutions to the area's housing problems, after budgeting and advice services were overwhelmed with people needing help.

He had known people in the area were suffering due to cold, damp housing, but said he found it shocking it could have contributed to a toddler's death.

Heating unaffordable for many 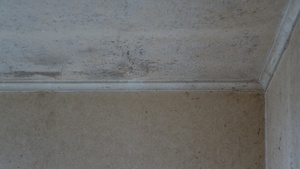 Mould in a state house close to the one where Emma-Lita Bourne's family lived. Photo: RNZ / Kim Baker Wilson

"There's 40,000 children who go into hospital each year, which we know are respiratory conditions that have housing as a contributing factor - it's what we call housing avoidable hospitalisation," she said.

Ms Howden-Chapman said New Zealand needed to consider creating a policy around fuel poverty given many families could not support the cost of heating.

"That's sadly a growing problem ... we know that in the last census, 9 percent of households didn't use any heating at all, and basically there is no part of New Zealand where you can keep warm and dry in your house if you don't have some form of heating," she said.

Philippa Howden-Chapman said the Government should to put the dividend made from state housing into maintaining the properties rather than into its coffers.

Director of Community Housing Aotearoa Scott Figenshow agreed. "We've reported since last year and been asking the question, why is Government taking a dividend out of Housing New Zealand, that $220 million could be better spent assisting Housing New Zealand to make sure all properties are up to first class standard."

Mr Figenshow said it was not just about state houses. New Zealand's rental housing stock was made up of old, cold, and mouldy houses, and there was no warrant of fitness scheme to get them up to scratch. In addition, New Zealanders were paying too much for electricity.

"We pay some of the highest electricity prices of any country in the world ... the overwhelming majority of our electricity comes from renewable sources from our own water and our own wind, so why are we having to pay so much then, for that very power source, that is renewable and clean power source in our homes?"

Mr Figenshow said community housing organisations would be able to provide better state housing if the Government transferred the state houses to them at no cost. They would then be able to invest in them to bring them up to a better standard for their tenants.