The condition of Wellington woman Lecretia Seales, who is seeking the right to ask a doctor to end her life, has deteriorated. 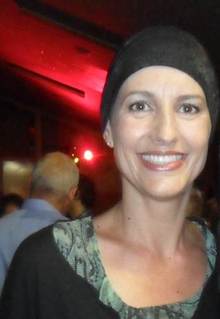 Ms Seales has terminal brain cancer and has taken legal action in the High Court in Wellington seeking clarification on whether the Crimes Act would allow a doctor to help her die without then being prosecuted.

Arguments in the case wound up on Thursday, and the 42-year-old appeared in court for some of the hearing.

Her husband Matt Vickers wrote in their blog that Ms Seales was now paralysed and had been moved to a hospital bed in the couple's home.

He said her eyes were closed most of the time but she was in no pain and had not asked for painkillers.

"She is having trouble swallowing. She is talking less and less. But she is facing all of this without complaint."

In a reference to the pending court decision, he wrote: "Lecretia's choice is imminent, and we don't know yet if she will get to make it."

She was facing what was to come with tremendous bravery and courage. "I don't know what she will ultimately choose, or even whether she will get to. But for Lecretia, it was always having the choice that mattered, not the choice itself.

The presiding judge, Justice Collins, last week closed the case by thanking Ms Seales for taking the action and said he would work over the weekend to deliver a speedy ruling.