The Budget wasn't the only announcement at 2pm yesterday. Mediaworks chose that moment to say Campbell Live would be axed and host John Campbell would leave the TV3 the network. 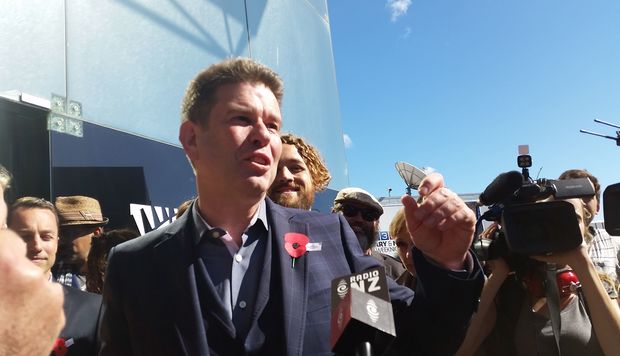 It was hard news to take for TV3 newsreader Hilary Barry, who choked back tears as her channel reported the story.

Ratings for Campbell Live had soared since TV3 announced six weeks ago its future was being reviewed.

But that wasn't enough to save it, and media commentators said the decision to replace it with a four night a week show was a devastating, though inevitable, blow for current affairs.

Former Television New Zealand head of news Bill Ralston said Mediaworks would have been shocked at the huge public backlash to the news that the show was facing the chop but decided to go ahead anyway.

"In a very cynical move, they've held the decision for 24 hours or so, so that they could release it at exactly two o'clock, as Bill English started his Budget speech."

"It was a pretty sad attempt to try and mask it, it was never going to work. It just led to even more accusations levelled against Mediaworks."

He said when daily current affairs first started on television 25 years ago with the Paul Holmes show, it was a big shock to the public, and then just ten years ago, in came Campbell Live.

"It was really quite a golden era, I suppose, in New Zealand journalism, because you could see, and hear, and almost touch the people, the newsmakers out there in the community, and in politics," he said. "You could get right into it with some good magazine stories as well. All that is gone."

He said people would have to turn to political blogs for investigative journalism.

Another media commentator, Brian Edwards, said it was a great pity John Campbell was leaving the channel.

"He is a sort of advocacy journalist, and I think that actually he's been what you might call a change agent in New Zealand and changed things for the better. And also been a very fine broadcaster."

Dr Edwards said it appeared the seriousness of the programme, along with Campbell's style of broadcasting, became incompatible with Mediaworks' entertainment-driven interests.

"The fascinating thing is, when it was announced some few weeks ago that he was going to go, the public response to that, including a significant increase in Campbell Live's ratings, indicated that's not the case at all. That this was a programme we did want."

He said he was worried the new show's format, with its two hosts, would be a clone of TVNZ's Seven Sharp.

Gavin Ellis, senior media studies lecturer at Auckland University, said it was a shame the show was being reduced from five nights a week to four.

"Current affairs doesn't end on Thursday afternoon, so there is going to be a reduction there and I'm sad to see that."

"But on the other hand, at least TV3 has retained current affairs in that 7pm to 7.30pm slot."

He was sceptical of what the new programme would bring.

"It remains to be seen when they say that they're going to cover a wider range of stories, just what that represents.."

The date of the last Campbell Live show is yet to be finalised.