The Auditor General has released a highly critical report about the social welfare initiative Whanau Ora, saying it is confusing, bureaucratic and poorly administered. 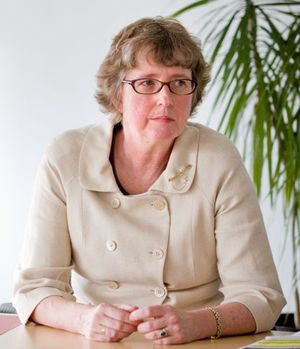 But Lyn Provost does not think the scheme should be scrapped, saying many whanau have benefited from it.

Established in 2010, the flagship Maori Party policy encourages social services to work together to help whanau, not just individuals, and for families to take responsibility in helping themselves.

In the first four years it spent almost $140 million.

But the report says nearly a third of that funding, or $42 million, was spent on administration.

It says the lead agency, Te Puni Kokiri, could have spent more on the people who Whanau Ora was meant to help.

The report was critical of the Ministry saying while it collected pieces of information, it had failed to provide a comprehensive overview on what was being achieved.

"There should have been clearly understood aims, roles and responsibilities, which should have lead to clear accountability and good reporting. So far, the situation has been unclear and confusing to many of the public entities and whanau. This is unacceptable," the report said.

It also recommended better planning and financial management saying there has been significant annual underspending by the Ministry, a situation the report describes as "administratively cumbersome and, in our experience, unusual."

The report was also critical of the synergy between Te Puni Kokiri and the supporting government agencies - the Ministries of Health and Social Development.

"The signals currently sent by different parts of government departments, are at best, mixed.

It recommended these departments made greater effort to work together and said without the support of these other government agencies "Whanau Ora is unlikely to succeed."

But the report also notes there have been positives. It said Whanau Ora had been a success to many families who now have a plan to improve their lives.

There has been more integration of services with a focus on whanau, rather than individuals.

Ms Provost concludes by saying that an innovative idea shouldn't be abandoned, just because of implementation problems.

"I earnestly hope that those involved with the next phase of Whanau Ora are able to take my criticisms on board and learn from them."