The North Island's Whānau Ora Commissioning Agency says a lack of money led to many good providers missing out in a recent funding round for its Collective Impact for Whānau strategy.

Te Pou Matakana has given $6 million per year for three years to 13 collectives intent on improving social services in their rohe. But the new body, which assigns Whānau Ora services to Te Ika ā Māui (the North Island), received a total of 79 requests for its Collective Impact for Whanāu funding. 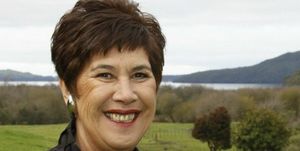 The holistic partnerships, which bring together different organisations to address issues relating to housing, health and justice for Māori, will run projects in Auckland, the Taupō region, Rotorua, and Hawke's Bay.

The chair of Te Pou Matakana said the 79 Expressions of Interest amounted to funding of more than $62m over three years.

"There are many, many good providers and partners that have missed out, so we are going to look to see what we can do.

"They saw this as an opportunity to work differently as well, so we really have to think 'now, how can we assist those providers who were prepared to work collectively, collaboratively to make some major changes in their communities?' We can't let them just go by the wayside, we've got to see how we can assist them.

"There is a great need for more money. We're going to have to say to other people there has to be an opportunity to co-invest. That could be some major social service providers, it could be people in the private sector, it could be other government departments, including the Ministry of Health."