The number of New Zealanders unaccounted for in Nepal is down to single figures, Foreign Minister Murray McCully says. 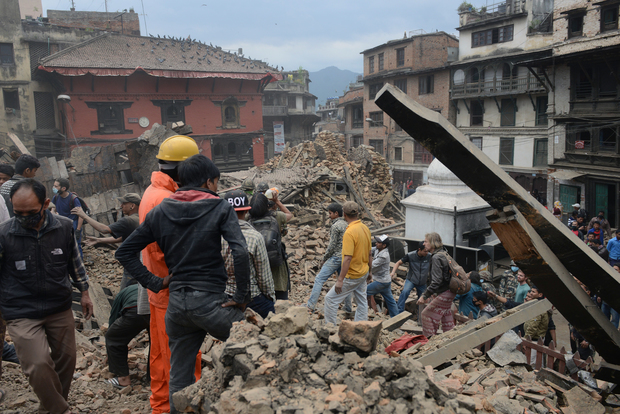 Foreign Minister Murray McCully said these mainly included people who were trekking and who so far had not made contact with their families or officials. 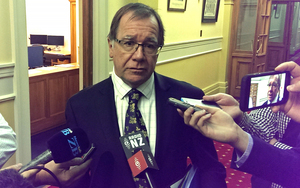 More than 4000 people are known to have died in the 7.8 quake on Saturday and more than 6000 were injured. Dozens of people are also reported to have been killed in neighbouring China and India.

Mr McCully said there were no New Zealanders at the Mt Everest base camp, which was hit by an avalanche triggered by the earthquake, killing 18 people.

"We don't have reason to have serious concerns for any individual but as time goes on obviously the concern that we can't make contact with a dwindling number but still a significant number. But it's in single figures now."

The Ministry of Foreign Affairs and Trade (MFAT) had earlier said more than 180 New Zealanders had been confirmed safe in Nepal.

Alicia Rae Scroggins, 21, is one of a number of New Zealanders, unaccounted for after the devastating earthquake.

Her mother, Lisa Scroggins said without the quake, she would expect to hear back from her daughter today, but was keeping in contact with the Ministry of Foreign Affairs and Trade.

"They've been in contact at least two or three times a day, we have been checking back and fourth with each other to see if we've heard, but it's just that the communications are so difficult, without a having a really nice high-powered phone she doesn't have another way to communicate."

Two New Zealanders were among the last group of climbers on Mount Everest who were rescued by helicopter last night.

Johnno Gillan from Queenstown was the last to be rescued from Camp One - which is above the base camp.

Spokesperson for the company Steve Moffat said the New Zealanders were relieved to be off the Mountain.

Mr Moffat said the team were now based at bottom of Mount Everest while they planned their next move, but it could be at least a week before they could come home.

Meanwhile, Mr McCully confirmed New Zealand's urban search and rescue team had been stood down and would now not be going to Nepal.

He said there were also problems flying in and out of Kathmandu's airport and a number of relief flights from India had had to be turned back because they could not land at the airport.

Mr McCully said the Government was talking to Nepal and other governments about what else it could do to help. That could include, for instance, sending a medical team.

In the longer term, he said, New Zealand would also help with the reconstruction in Nepal.

New Zealand is to contribute $1 million in aid for the relief effort and may consider further funds.

One New Zealander is feared to have died in the wake of the earthquake though not as a direct result of the disaster.

Prime Minister John Key gave an update during a visit to the Gulf States, where he has been leading a trade delegation.

"The position as I understand it, is it's possible that a New Zealander has lost their life but not because of the earthquakes per se, but, for want of a better term, natural causes," Mr Key said from Dubai.

MPs have expressed their support and condolences to the people and government of Nepal following the earthquake.

Acting Prime Minister Bill English told Parliament the scale of destruction in Nepal was devastating, and the images from the affected areas were upsetting to see.

"In response to the scale of the tragedy we have announced and initially contribution of $1 million to the immediate relief effort.

"And we will continue to assess how we can further assist both in the short term and in the coming years because as we know from our own experience recovery takes a long time."