The parents of two-year-old New Zealand triplets killed in a Doha mall fire three years ago say they are distressed one of those convicted over the fire has kept a diplomatic job, and avoided serving any of his prison sentence. 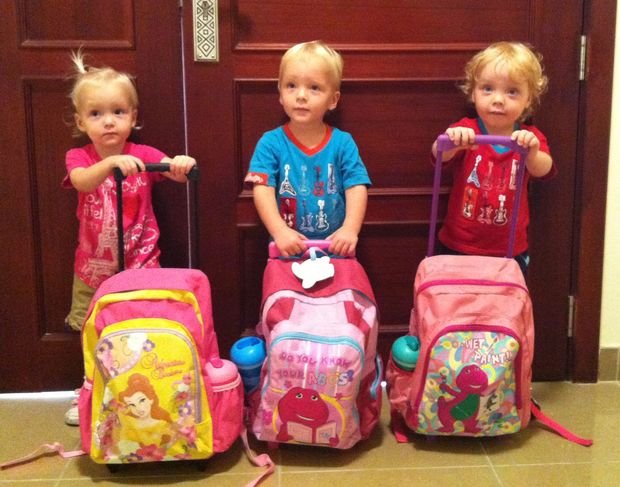 Lillie, Jackson and Willsher Weekes had been at the daycare centre for about three months. Photo: SUPPLIED

Five people were convicted of involuntary manslaughter including Ali Bin Jasim Bin Al Thani, who owned the daycare centre where the children died.

Jane and Martin Weekes said he was given a six-year sentence but is instead serving as Qatar's ambassador to the European Union while his appeal is considered.

The emir promised to see justice done and Mr Key said the two governments would remain in touch over the issue.

In total, 19 people were killed in the fire at the Villaggio Mall.