Serial private prosecutor Graham McCready has made an official complaint against two members of the Prime Minister's diplomatic protection squad for failing to intervene when he pulled a waitress' hair at an Auckland cafe. 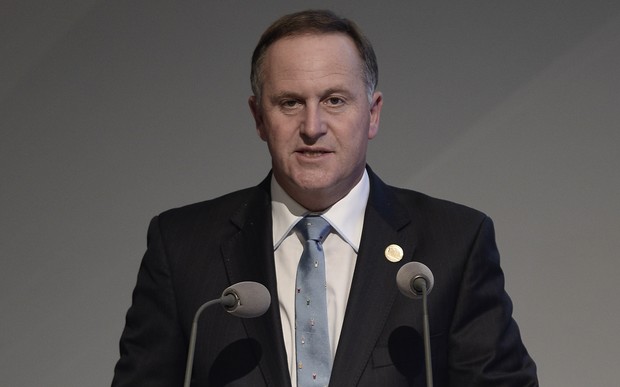 John Key has apologised to the woman, named as Amanda Bailey, for pulling her ponytail over several months during visits to an Auckland cafe near his Parnell home.

Mr Key said he regretted pulling her ponytail and said he would learn from the incident.

In his complaint to the Independent Police Conduct Authority (IPCA), Mr McCready said the Prime Minister's actions could be considered assault.

Read the complaint to the Independent Police Conduct Authority

Mr McCready said questions must be asked about why the police officers did nothing to stop him or arrest him when the incidents continued.

He said he wanted the authority to investigate.

However, C4 Group chief executive Chris Lawton, a former police officer and bodyguard, said it was not the job of the protection squad to tell the Prime Minister how to act socially.

Mr Lawton said in a private social situation like a cafe visit, the diplomatic protection staff would be taking a backseat approach.

'I'll learn from the experience'

On his arrival in Turkey for Anzac Day, Mr Key told reporters he "clearly misread the tea leaves" when the incidents occurred.

He said the actions were a little silly on his part and he could understand how what happened looks a lot more serious now than it seemed at the time.

"There were clearly a few hijinks and a bit of horsing around. I think in hindsight and on reflection, I should not have been as casual as that," Mr Key said.

"That's been one of my strengths, that I'm pretty casual and laid-back and good for a laugh a lot of times, but that's also led to a situation where I've been too casual."

He said he should have read the situation more accurately: "I'll learn from the experience."

Asked if this would change his laid-back approach, Mr Key said he would learn from what had happened but it would not change his basic approach.

Mr Key would not give New Zealand reporters travelling with him any details of how the waitress let him know she did not like her ponytail being pulled.

Yesterday, the New Zealand Herald named Ms Bailey in a front-page interview which she said was carried out under false pretences.

Ms Bailey posted again on The Daily Blog to say she did not realise she was speaking to the Herald and its reporter Rachel Glucina, who usually specialises in stories about celebrities and showbiz.

Ms Bailey insisted she thought she and her two employers were speaking to a PR person called Rachel, who was listening on a phone line and helping to prepare a mutually-agreed statement and photo.

Media commentator and former New Zealand Herald editor Gavin Ellis said, ethically, journalists must identify themselves and their employer when they were going into an interview situation, but from the available information it seemed there was some question over what Ms Glucina's initial approach was.

He said there had been no comment from the owners of the cafe where Ms Bailey worked and that was a crucial gap in the information, in addition to the fact that Ms Glucina and the cafe owners were friendly with each other - which meant the more casual nature of that relationship may have lead to any request being misconstrued by one or both parties.

"Until we hear from the owners of the cafe, it's very difficult for us to assess - my inkling is that this is where the problem arose, that it was not a matter of deliberate subterfuge but considerable confusion."

Mr Ellis said the Herald put out three statements yesterday but twice amended one line of the statements and, on each occasion, it "became less precise what [Rachel Glucina's] opening gambit had said."

All three statements said Herald photographer Dean Purcell had said that the photo of Ms Bailey and the two cafe owners would be appearing in the Herald.

Mr Ellis said if there was any misapprehension, the photo should perhaps have raised alarm bells at that stage.

He said in this morning's print edition of the Herald there was no mention of the controversy at all, which should be addressed.

However, Mr Ellis said it may be that the newspaper was trying to speak to the cafe owners or wanted to wait until a full investigation of the matter had been undertaken.

He said it was too soon to rush to judgement about the newspaper's handling of the issue.