Chunuk Bair has miserable statistics. Of the 760 men who reached the summit, only 70 came back unscathed. The rest were hurt or killed. 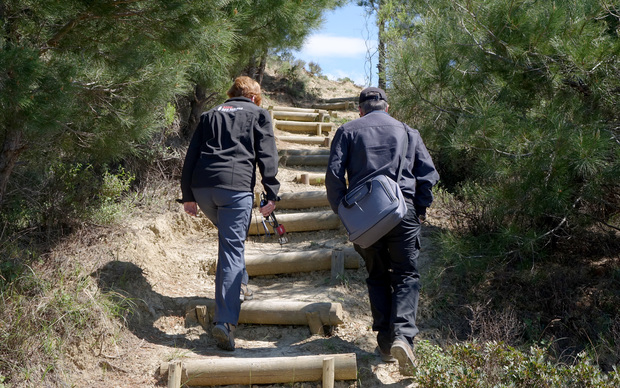 Today, it is the site of the New Zealand Memorial.

Ministry of Culture and Heritage war historian Ian McGibbon took Radio New Zealand along a track used to get there.

It doesn't take long to see Gallipoli's dramatic landscapes. Recently there has been work to get the rugged trail to a much better condition.

Mr McGibbon said the area can help people understand what troops endured, although he said it is something that can never be replicated.

"By coming to a place like this you're away from the road, you're in amongst the battlefield, you get a much better feel for what it was like.

"We took the young people from the New Zealand contingent here and I'm sure they all went back with a much better appreciation of how difficult it was to get up to Chunuk Bair.

Dr McGibbon said the track helped people understand the rawness of the battle. He found a spent bullet on the track while guiding Radio New Zealand's reporters.

He took them to the Table Top area overlooking Rhododendron Ridge. 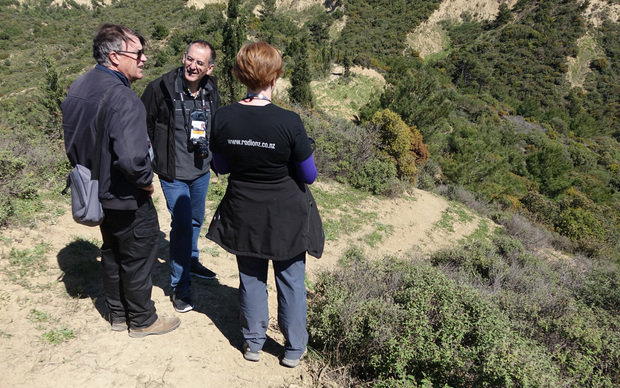 "I really believe that you cannot really understand this place until you come here, to not only see the terrain but also feel it," he said.

"People have written books without ever actually setting foot here, I don't think that's really feasible... It must have been hell on earth for these soldiers."

Dr McGibbon said the health of the soldiers was already fragile after many months on the peninsula.

"This is a very symbolic and important New Zealand place," he said.

What happened at Chunuk Bair

According to the New Zealand government, the initial plan for the August Offensive was that two columns of troops, right and left, would move up the Sari Bair Range and capture the high points of Chunuk Bair, Hill Q and Hill 971 during the night of 6-7 August.

The Australians would create a diversionary attack which would distract Turkish attention from the assault on Sari Bair.

During the night of 6/7 August the New Zealand Mounted Rifles, the Maori Contingent and British troops cleared the foothills in front of the Sari Bair Range, but took longer than planned to achieve what was a very demanding task.

The plan for the right and left columns to take the range however soon came apart when the left column got lost in the darkness, and the right column never properly formed.

The right column's two parts, including the New Zealand Infantry Brigade, were supposed to meet at Rhododendron Spur before advancing on to Chunuk Bair.

At sunrise on 7 August, the brigade was still waiting for the other part of the column to arrive.

The attack went ahead nevertheless and the Auckland Battalion managed to advance within 200 metres of the summit with heavy casualties.

The Wellington Battalion, led by Lt Col William Malone, were ordered to follow, but Malone refused to sacrifice his men in broad daylight, instead insisting on an attack under cover of darkness.

It was very difficult to supply or reinforce the troops on Chunuk Bair. By the time they were relieved only 70 of the 760 men who went up came back unscathed, the rest had either been killed or wounded.

Lt Col Malone was among those killed.

New Zealand's only Victoria Cross of the Gallipoli Campaign was awarded at Chunuk Bair, to Corporal Cyril Bassett of the New Zealand Divisional Signal Company.

Under relentless Turkish fire, Bassett continued laying the telephone wires which were essential for communication between the summit of Chunuk Bair and headquarters below.