An economist says the complaint that petrol companies are quick to put up prices but slow to drop them is unfounded, and the market is actually becoming more competitive. 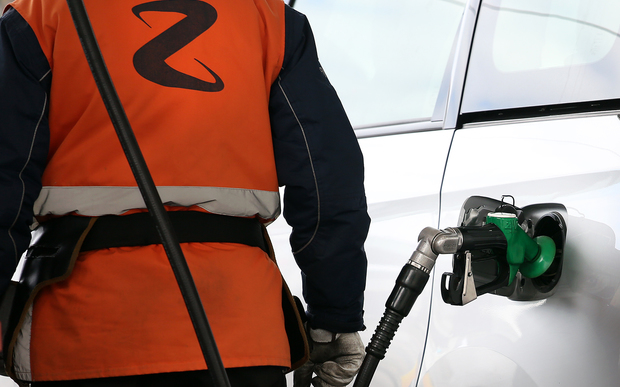 The research, paid for by Z Energy but carried out independently, said oil price changes were now quicker to filter through to the forecourts.

The Institute for Economic Research (NZIER) analysed government retail price data and the price of Dubai crude oil between April 2004 and March 2015.

The study was conducted by a principal economist, John Stephenson, who said the market had been more active over the past few years and changed the way it behaved.

"Prices look like they're changing more rapidly in response to oil prices," he said.

"That's something we've seen probably over the last three or four years. It's new compared to our previous work [in 2013]."

"Typically we might have waited three, four, or five days to see a trend, and usually if we did that, it would sometimes manifest itself as a larger movement up or down.

"Based on the feedback we had from customers, we said 'let's not wait for four or five days, let's do it after a day or two, once it looks like it's going in a particular direction', and then obviously in doing that, it's a smaller number."

He said competition has increased as there are fewer large owners and more franchises.

"In today's market, about 75 percent of the service staions are actually individually priced by, if you like, the mum-and-dad operators rather than the big companies.

"That's a good thing. It's not a matter of four individuals deciding the price each day, it's now in the hands of 800-850 individuals ... And you're seeing a lot more evidence of regional price variation."

The results haven't surprised analysts, who say they're similar to studies carried out in the past seven years or so.

But AA pricewatch spokesperson Mark Stockdale said there was a distinct difference between how quickly fuel prices change and then by how much, which he said the report did not look at.

"So we might have seen, for example, commodity price fall by four cents a litre and the next day, they drop the retail price by two cents a litre."

Mr Stockdale said fuel companies were not always passing on the size of exchange rate or commodity price changes, and could pocket some of that fall in cost.